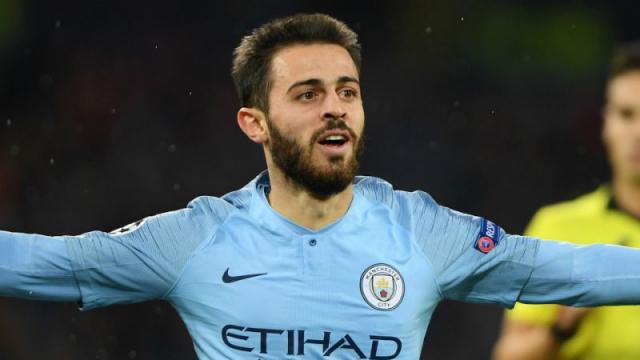 Manchester City manager, Pep Guardiola has come out to say that he is at fault for Bernardo Silva’s dip in form this season.

Pep recently revealed that the Portuguese is one of the most unique footballers he has ever managed in his career.

According to him, the good form of Foden and Mahrez also contributed to him being dropped but he has never stopped admiring and respecting the ex Monaco forward.

He added that the relationship they both have is very special and nothing will ever change that.

His words, “That’s true maybe he didn’t play as much as last season,”

“This season, maybe it was my fault or maybe Phil was more involved and Riyad maintained his level and the other players played good too.

“They know the competition they have with each other, but my admiration, respect, especially my opinion about him, nothing has changed.

“He’s a special player for me. One of the most special players I had in my career as a manager, the relationship I have with him.”

“He’s a guy who doesn’t change his mood whether he plays or doesn’t play,”

“When they don’t play, they make you feel they are not happy and they behave like a little, little child.

“Bernardo is completely opposite. He’s a mature man. He’s a man who knows exactly what has happened, how this moment is and always he’s the same person.

READ  I Have Utmost Respect For Lampard's Legacy At Chelsea - Tuchel

“That’s why he is an incredible person for me to work with and always I will be grateful.

“In the time we spend together, the only thing I want is to help him to come back at his best level. If there is one player in this team who I would give help and support, it’s Bernardo Silva. He’s the first on the list.”