Members Of IPOB Have Been Hiding In Anambra State – Princess Nkeiruka 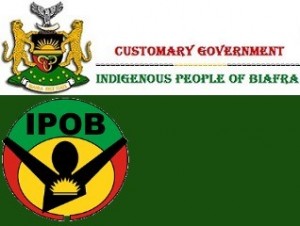 The Anambra state police command has said that members of the Indigenous People of Biafra (IPOB) have been peaceful.

Princess Nkeiruka Nwude, The State Police Public Relations Officer (PPRO) said there were no issues with IPOB members in the state.

“Members of the group had been hiding since the proscription in the state, while the sales of IPOB insignia, flags among others are no longer being displayed at public places.”

However, spokesman of IPOB, Emma Powerful has alleged that the Federal Government is planning an attack on its members.

“IPOB Intelligence Unit has uncovered elaborate plans by the government to incriminate IPOB members in order to justify their controversial and unpopular proscription of IPOB with the attending laughable tag of terrorist organization against a world recognized peaceful movement.”

“The government has resolved to commence another round of their periodic genocide of innocent civilians across South East and South-South, within the next few weeks under the cover that IPOB is a terrorist organization.” He said.

PM Netanyahu: Show Me the Science! by Dr. David Leffler