Home Sports Messi Is The Best In The World In Every Position – Luis...
Facebook
Twitter
WhatsApp
Email
Telegram 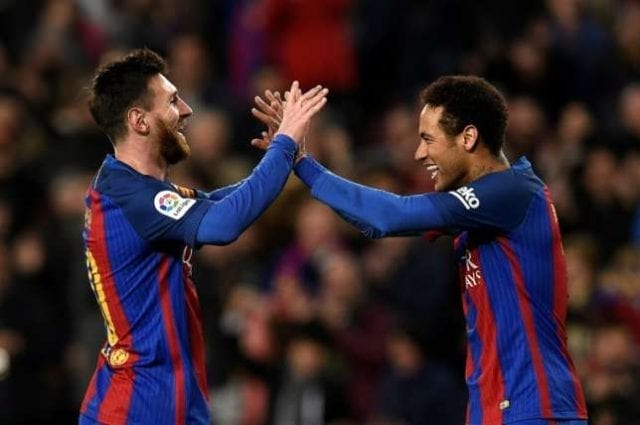 Lionel Messi has acknowledged that his role on the pitch has changed over the last year but said the idea is still to get forward and to score goals.

In Ernesto Valverde’s 4-4-2 formation, though, he increasingly finds himself in a deeper position, often dropping into his own half to get on the ball in central positions and dictate play.

“Yes, in the past year I have moved a bit deeper, getting to the goal from behind, unlike other years when I was more in the final third of the pitch,” Messi told Pepsi.

“So it’s true that I have moved a few metres back, but still with the [same] idea of getting in the area and trying to score goals.”

Former coach Luis Enrique said in 2016 that the five-time world player of the year would be the best player in the world regardless of where he plays on the pitch.

“Messi’s the best in the world in every position,” Luis Enrique said. “He plays with complete freedom to change his position as he wants.

I Am A Law-Abiding Citizen – Bukola Saraki

I’m Feeling Like I Am Helping Manchester City – Bernardo Silva