If you’ve been using Microsoft Office on an M1 Mac, it’s about to get better — Microsoft announced an update that brings native support for Apple’s new custom chip architecture to the Windows productivity suite. 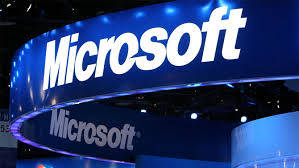 The apps getting the updates are Word; Excel; Outlook; PowerPoint; and OneNote. Notably absent, however, is Teams.

The updates are making the apps universal ones — meaning these versions will run on both Intel and Apple Silicon Macs; so any upcoming updates or features will be coming at the same time for both platforms.

If you’re a heavy user of Teams, you may be disappointed to hear that it hasn’t been included in today’s rollout of updates.

Microsoft promises they’re working on that platform in their blog post, but the company hasn’t announced any sort of timeline.

It seems like you’ll have to stick with the emulated version for now, if your team uses Teams.

Office users who have automatic updates turned on should have the new versions sometime today; and anyone else can update it through the Mac App Store or Microsoft’s AutoUpdate software (depending on if you downloaded Office through the App Store or directly from Microsoft).

Outlook users will get not only native Apple Silicon support, but support for iCloud accounts as well, allowing them to sync their email, contacts, and calendars to the app if they use Apple’s service to store them.