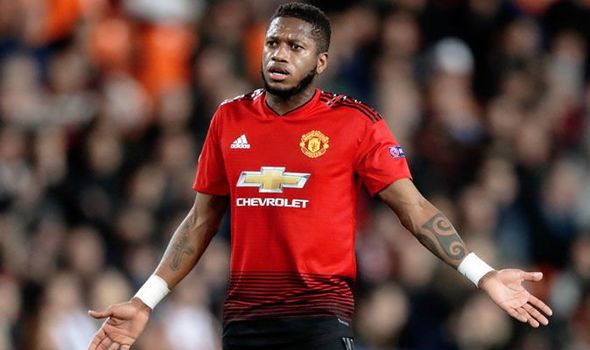 Manchester United midfielder, Fred has come out to say that the club can hit the top spot in the Premier League and stay there.

He recently revealed that MUFC can definitely challenge for the EPL title this season.

According to him, the key to making the dream happen is by concentrating on all games, and giving it all for the badge on the field.

He added that with consistent performances from the players this season, a title is very possible.

His words, “The key to coming back and winning is our concentration in every game, going on to the pitch to do our best and be decisive and to believe.

“We’re very close to the top of the table and we’ve got some big games coming up in December.

“If we can win all of them, we’ll be very close to the leaders at the top of the league or we could even take first place. So we’ll look to win every game and I’m certain our team will do everything to reach the top of the table and stay there.”

On the pandemic and football, “It has been a difficult year for everybody, really different.

“Professionally speaking, I looked to grow and do my best here at Manchester United. There were some difficult games after the restart where I didn’t play that well, but I aimed to do my best during a difficult year.

“Personally, I think it was a year that gave us a lot to think about. Think about what we’re capable of, to be better for our families and those around us.

“It was a year full of difficulties but when we stop to think about our families alongside us, we see that we have this affection from everybody to be close by, to be at home and closer to our families, so it’s been a really important year.”