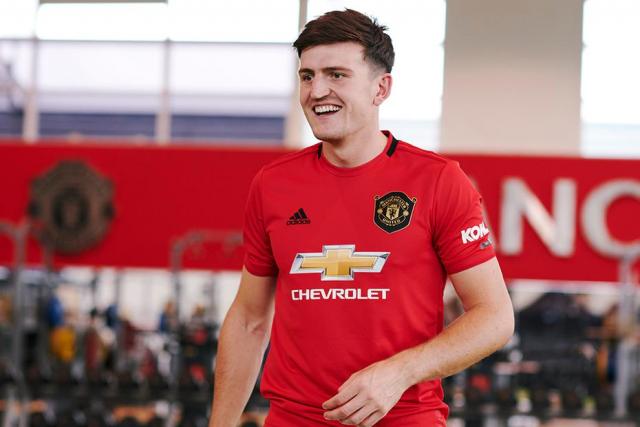 Manchester United defender, Harry Maguire has come out to say that the club needs to start winning trophies again.

He recently revealed this after MUFC beat Everton 2-0 in their Carabao Cup quarter-final on Wednesday night.

According to him, the team was excellent vs Everton and Cavani’s finish was brilliant on his weak foot, but MUFC as a whole must be more clinical.

He added that United is expected to win trophies because of the history of the club, therefore the players must work towards achieving that.

His words, “It was an excellent performance and we should have been out of sight, we had three or four great chances. We need to be more clinical,”

“Edinson Cavani’s finish was excellent on his weak foot too. He’s had an injury but it’s good to have him back, he’s been a top striker throughout his career.

“We are expected to win trophies. It’s important to reach these big games but we have to start winning them and lift some trophies for this club.

“We controlled the game and fully deserved the win.”

Ancelotti said, “We did enough to win – good performance we needed to defend which we did well but more in the second half. We had a difficult start but after 20 minutes the game was under control – we didn’t play enough attacking football but we had to defend and until the last 20 minutes we did that well,”

“They had more control, better quality so the game was to defend well which we did. We had some opportunities on the counterattack but that was the game that we planned.

“We left the position in midfield open too much and after that Cavani’s quality showed and scored a fantastic goal.”