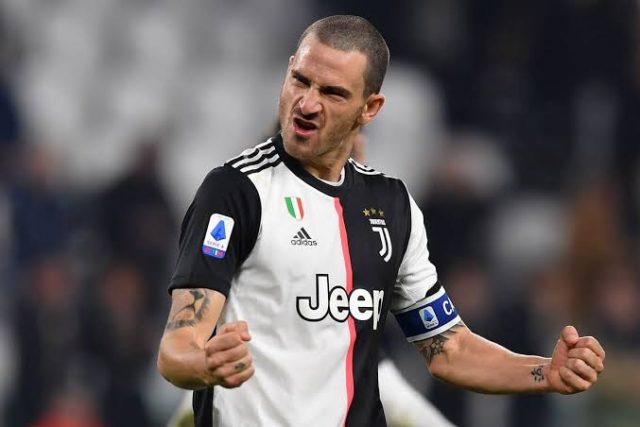 Italian footballer, Leonardo Bonucci has come out to say that Italian club, AC Milan helped him to mature as a player.

The quality center-back moved to San Siro from Juventus at the beginning of the 2017-18 season, before going back to Juve the next summer.

Even if Bonucci did not have the best of times at Milan form-wise, he has said the move still impacted his career positively and made him mature as a footballer.

His words, “If I think back to the Leonardo I was two or three years ago, I would not have made certain decisions,”

“The decision to go to Milan, as everyone knows, made me mature as a man. It was a big chance and perhaps too big for the man I was at the time.”

“The young Leonardo was a bit too fiery,”

“When you meet someone who gives you good advice for your own, you must have the humility to listen.”

“I watched a lot of Alessandro Nesta videos, as he had similar characteristics, studied carefully and applied myself,”

On Sarri coming with his own style, “It was a total transformation compared to the way we played before,”

“You have to press the reset button on what you did before because now this is very different. The first thing is to accept the change because what you did in your comfort zone is not the only way.”

UK to get plastic banknotes from 2016

The System Of Promoting Young Referees Does Not Work – Arsene...

Kemi Olunloyo Responds To Criticisms For Calling Her Father A Ritualist