Home Sports My Penalty Miss Vs Uruguay Will Forever Be A Bitter Pill To...
Facebook
Twitter
WhatsApp
Email
Telegram 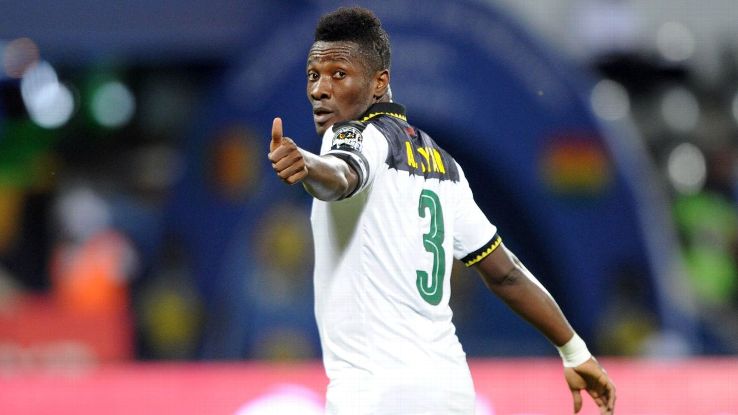 Ex Sunderland and Ghana forward, Asamoah Gyan has come out to say that he is yet to forget about the penalty miss in the 2010 World Cup quarter-finals against Uruguay.

Gyan recently revealed that the miss will haunt him for the rest of his life.

According to him, even if Suarez got a straight red card after his intentional foul, missing the spot kick that would have sent his country to the semis has been a bitter pill to swallow ever since.

He added that it is sad that he took the spot kick at the world cup to save his country but he ended up becoming the villain.

His words, “Today, any time alone, it still haunts me,”

“Sometimes I feel like the world should go back again so I can redeem myself, but I know this is something that will haunt me for the rest of my life.

“I accept that because there is nothing I can do about it. I went there to save my country, but I ended up being the villain, which I accept because I know how people feel.

On his career, “It looks like people want to retire me, but I’m not done yet,”

“I had a couple of injuries, but I’m getting back to full fitness. I’m now okay and feel good in my body. I have added a bit of weight that I have to work on and get back to shape.

“Not winning a trophy with the Black Stars bothers me. Since 2003, I’ve gotten a bronze medal and silver; I want the gold, which I don’t have. So that is what bothers me until now and that is what I want to achieve.

“For me, what will make somebody quit football is dedication, but it is still there so I feel I have a lot to prove and do on the field; when I see certain things, I feel like I can still do it. A lot of people have tried, but I always say to myself I will call it a day on my own terms: nobody can retire me.”

APC Will Take Over Oyo State In 2021 – Florence Ajimobi