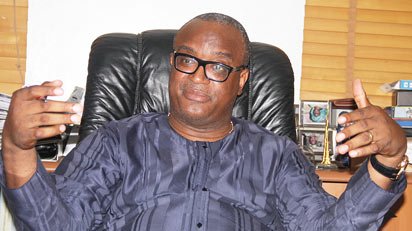 The Nigerian Bar Association, NBA, has described as a show of shame last week’s invasion of the National Assembly by the police, which resulted in physical confrontation with some federal lawmakers. It also condemned the lawmakers, who climbed over the gate of the Assembly to gain access to the House of Representatives’ chambers, saying “our elected Representatives should always conduct themselves maturely and responsibly”.

The umbrella body for Nigerian lawyers, in a statement issued on Sunday by its president, Mr. Augustine Alegeh (SAN), said the selective manner some persons were allowed into the complex while others were shut out raised doubts on the police’s claim that its action was based on intelligence report that some hoodlums were planning on invading the National Assembly complex.

The NBA also decried the purported impeachment of the Speaker of the Ekiti State House of Assembly, Adewale Omirin, by seven Peoples Democratic Party lawmakers in the state, saying the action is a threat to democracy.

The statement read in part, “The Nigerian Bar Association watched in shock and disgust the show of shame that took place within the precincts of the National Assembly Complex on Thursday, November 20, 2014.

“The Nigerian Police has accepted responsibility for shutting the gates of the National Assembly Complex on the alleged basis of security reports.

“The selective manner, in which some persons were allowed into the complex, while others were shut out, raises doubt in respect of the authenticity of the alleged security reports”.

Alegeh, who condemned the incident “in strong terms”, said the implementation of the said security measures by the police “also lacked transparency and good faith”.

“The entire process, being lacking in credibility, is strongly condemned. The NBA also condemns in strong terms the acts of members of the National Assembly, who in a manner unexpected of honourable members scaled the gates leading into the National Assembly Complex to gain access into the complex”, he added.

On the impeachment of Omirin by the Ekiti PDP lawmakers, the NBA said, “The Nigerian Bar Association, strongly condemns the aforesaid unconstitutional and unlawful acts and calls on the members of the Ekiti State House of Assembly involved in these unconstitutional acts to have due respect and regard to the clear provisions of the Constitution of the Federal Republic of Nigeria, 1999 (as Amended) and to conduct themselves in a more responsible manner as elected representatives of the people.

“The acts of these seven members of Ekiti State House of Assembly constitute a potent threat to our developing democracy and must be checked immediately”.

The association also urged security operatives to ensure that law and order prevail in Ekiti at all times.

Happy Valentines Day To All the Women In My Life – Wizkid

How to repair skin damaged by bleaching cream –Dermatologist

Savings And Investing: Tips On How To Make Investment Decisions