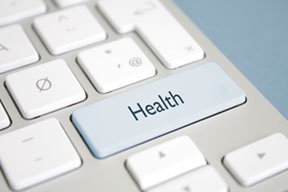 (NewsUSA) – The latest victory in the Myriad Genetics case in Australia, allowing Myriad Genetics to patent isolated DNA, has sparked new debate over the development of new drugs to treat cancer.
At the forefront of a grass roots movement in this debate is Viratech Corp. (OTC: VIRA), which claims to have the first open source biotech research and development platform, designed to bring open source development to the biotech industry — something that the software industry has enjoyed and which many attribute to the current IT explosion. Popular products such as Mozilla Firefox, Google Chrome, Android and the Apache Open Office Suite, were all developed with open source.
The premise of Viratech’s patent-pending method of open source research and development of biotech inventions is simply to use the social networking phenomena of Facebook, Twitter and LinkedIn, and apply it to the biotech world, where many new treatments and diagnostics are either gobbled up by Big Pharma and never developed, or never developed for lack of IP protection and financing.
Viratech’s platform of promoting biotech development is not completely open source, however. It is designed to protect intellectual property, bypassing the traditional huge expense and worry of IP protection, allowing users of the site to share their IP, develop their technology and amass a body of knowledge from that sharing protected by copyright.
VIRA hopes their site can create a paradigm shift in health care, resulting in treatments that are less costly and more available to those who need them. But the most interesting claim made is that the new social networking website, designed by VIRA for cancer.im, devoted to cancer treatment (http://cancer.im), which is estimated by the American Cancer Society to have reached the $1 trillion mark, can actually improve survival rates in cancer patients. The site, being touted as “Facebook for cancer patients,” is based on medical studies that conclude that raising the quality of life of a cancer patient lowers the incidents of morbidity, regardless of treatment.
Much like Facebook, Cancer.im will provide the much-needed support and social interaction that those stricken with cancer thrive on to fuel their recovery. It is premised that, as Facebook has reconnected long-lost friends and acquaintances through a “virtual connection,” the same can be done by friends and family who would otherwise be embarrassed to reach out to someone they know who is afflicted by cancer, or if they don’t know exactly what to do to help.

Exchange rate falls as naira trades lower than past month