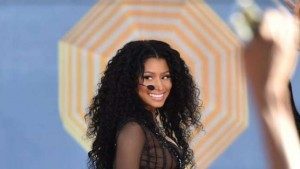 The 37-yr-old had first been charged in Long Island for the rape of a 12 year old child, arraigned for first-degree rape on Thursday, December 3, 2015.

Following the payment of his bail by his famous rapper sister, Nicki, reports reveal that there has been a back and forth as to the handing down of the decision for over one month now, before finally finding Maraj guilty on April 4, 2016, according to court records.

The grand jury reportedly decided that there has been enough evidence to charge newlywed Maraj with sexually abusing the teen girl.

Maraj could face a sentence of 15 years to life on the top charge alone.

Wizkid, Chris Brown, Bow Wow And Jermaine Dupri Together In One Room [PHOTO]