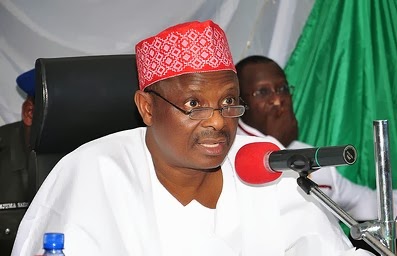 Reacting to reports that the president had allegedly disbursed billions of naira to traditional, religious leaders and other stakeholders to support his re-election bid, Kwankwaso said even if Jonathan spends all the money in the country’s coffers, Nigerians would not vote for him in the March 28 presidential poll.

“We have passed the issue of money, it is not the issue of how much billions you have. You know even ordinary people know that the PDP has stolen the people’s money and they are disbursing it and everybody is aware and it is shameful thing.

“It is Nigeria’s money, they give it to politicians, groups, clergymen and all sorts of people but I can assure you that this will not help them. If money was the issue I wouldn’t have been elected in 2011. We are aware that they are distributing money to people but I can assure you that it wouldn’t make any difference”, the governor said in an interview with journalists in Kano.

According to Kwankwaso, the disbursement of public money by the PDP government to woo the electorate is further crippling the country’s economy.

“Thieves are stealing money and are giving it to thieves to disburse as gifts to Nigerians in order to vote for them. The money will not make any change as it will not even get to the people because it would be stolen by the thieves in the government. They are taking their gratuities and pensions”, he added.

He explained that Nigerians were more enlightened now than in 2011 and the insecurity challenge coupled with the dwindling economy brought about the clamour for change.

“More people are being killed in Nigeria, more than in any other country including Iran, Syria within this period. This money is corruption and corruption is part of the insecurity, the collapse of the economy and so on. So, I don’t think people will want to stay for another four years like this”, he said.

On the shift in dates for the elections, Kwankwaso, who is a senatorial candidate of the All Progressives Congress, said the chances of his party winning the presidential and other elections keep increasing and postponement would not stop the PDP from defeat.

“I know there must be election and people have taken the decision on what to do on that day and certainly people want change, go to the villages, towns and cities, the story is the same. Therefore there must be change this year and by that extension no matter how you put it this government should go and we have better arrangements on the ground for the APC to take over under Muhammad Buhari”, he said.