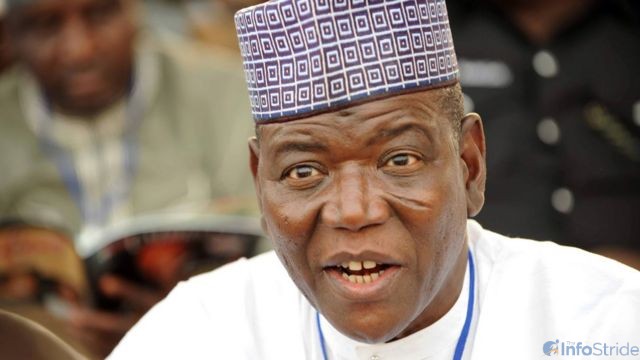 Nigerian politician, Alhaji Sule Lamido has come out to say that Nigerians have the right to change any government as and when they want.

He recently revealed that every Nigerian voter is free to be stupid with such a right.

According to him, the right of the people is certified under freedom, so everyone is free to be stupid since that is well within the rights of citizens.

He added that there is no need for regret from anyone in terms of politics because the right to confer authority or withdraw it is in the people.

His words, “The people of Nigeria have the power and right to change the government as and when they want.

“There should be no regret from an individual in terms of politics because the right to confer authority or withdraw it is in the people.

“So if the Nigerian people fell into the APC propaganda that for the 16 years that PDP ruled, it was all looting and nothing was done— even though they found new, modern airports in Abuja, Kano, Enugu and others under Stella Oduah; highways, power projects— it is most unfortunate.”

“APC came with no ideas. The only thing they had in excess is evil. They unleashed pains on Nigerians. So it’s for the people to make a choice.

“If PDP had not joined APC to support the latter in the 2015 elections, they would not have won.