The World Bank has reportedly given protective equipments valued at £172m to the National Identity Management Commission in order to aid the enrollment of people for National Identification Numbers in Nigeria.

According to the Director-General of National Identity Management Commission, the turn out people was much and beyond control and the NIMC’ website was exposed to much traffic which made it to crash.

The NIMC boss however stated that the Commission’ website is being fixed and that the World Bank has given support by supplying them with protective equipments to prevent the spread of the virus due to crowd at the Commission’office. 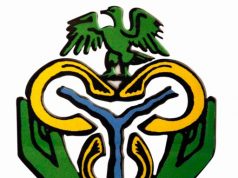 Mariah Carey Tells Nick Cannon Not To Come Over For Xmas

Cossy Orjiakor: “It will take a man with lot of guts...