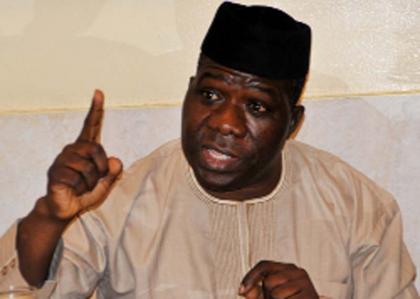 The member representing Ado-Ekiti/Irepodun/Ifelodun Federal Constituency in Ekiti State at the House of Representatives, Hon. Opeyemi Bamidele, has said the absence of a provision for fuel subsidy in the 2015 Appropriation Act, is a booby trap for the incoming administration of the All Progressives Congress to be led by President-elect, Maj. Gen.Muhammadu Buhari (retd.).

Bamidele, in a statement on Thursday, said Buhari and the APC should understand the full implications of this and take immediate steps to let Nigerians know where they stand on the matter.

“The truth and reality of the situation is that the outgoing PDP administration has, through the 2015 budget, removed oil subsidy and it must be made to accept responsibility for it rather than for the incoming APC administration to bask in the euphoria of having won an election without realising the booby trap into which they and the Nigerian people are walking into”, he said.

The lawmaker, who is Chairman of the House Committee on Legislative Budget and Research, pointed out that apart from the reduced amount of N21bn provided in the Act for the Subsidy Reinvestment Programme, SURE-P, no other provision was made in the budget for subsidised welfare services.

Mr. Bamidele, therefore, warned that the absence of the provision for continued fuel subsidy portends grave implications for the Buhari administration as from May 29, 2015.

The statement read, “To me, this is definitely a booby trap for the incoming administration. Those who were suggesting within the APC that its incoming administration might withdraw fuel subsidy must be educated that they would be sending Nigerians a wrong signal capable of creating the impression that the APC either deceived Nigerians to get their votes or had reneged on its electoral promise as a progressive party.

“This is a serious development and a defining moment that calls for the attention of all well-meaning Nigerians at home and abroad. This is the first time in the last 16 years of our civilian rule that a new political party will be taking over to form a government and if care is not taken, this matter is capable of making the incoming government morally dead on arrival.

“For the record and for posterity purposes, I am opposed to this sudden removal of fuel subsidy and I implore Nigerian patriots to be aware”.

APC Has Lies In Abundance – Fayose

2023: Intersociety tasks INEC on extension of distribution, collection of PVCs