NorthernAxcess Prepares for Iridium GO! Release with Its Own Style of Branding, and Marketing That's Leading the Industry

NorthernAxcess Prepares for Iridium GO! Release with Its Own Style of Branding, and Marketing That’s Leading the Industry

NorthernAxcess, and Iridium are preparing for the release of the awaited Iridium GO!, which will bring satellite voice, SMS, email, SOS, and tracking to be used over smartphones, and tablets through a Control App, and a WiFi hotspot. To do this NorthernAxcess has brought its own style of branding, and marketing to the table to assist in broadening its horizon. 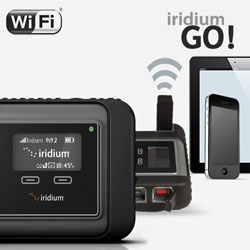 Chula Vista, CA, June 24, 2014 –(PR.com)– Since the notice of the release for the Iridium GO! satellite WiFi hotspot, NorthernAxcess has been preparing its own style of branding, designs, and marketing slogans that help users to understand satellite communication better on a larger scale.

Satellite Communication has always been a niche industry, and rarely understood outside certain demographics. Well now, satellite technology is finally bringing new devices like the Iridium GO!, and the Inmarsat IsatHub terminals that combine the use of satellite, with our daily portable smartphones, tablets, and laptops, and NorthernAxcess is leading the way with its Banner designs, and slogans like, ” Iridium Go!,..Share The Moment,” and “IsatHub,..Keeping the World Connected,” that is reaching out to all generations.

NorthernAxcess is bringing a bit of new life to the industry, and with it a very supportive technical team that is there, and ready to answer your questions, and assist at anytime.

The Iridium GO! is now set to release by the 2nd-3rd week of July, with deliveries, and pre-orders going out within the same day of arrival.

As of right now NorthernAxcess Satellite Communications is privately owned, and has done very well in its first year by branding itself in a way not many companies in this industry do, so it probably won’t be long before other investors take notice.