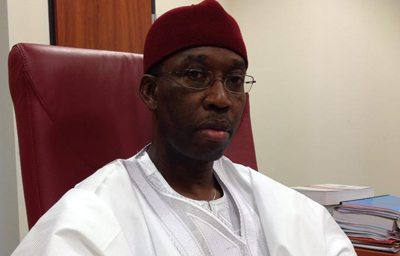 The Delta State chapter of All Progressives Congress, APC, has accused the state Governor, Ifeanyi Okowa, of playing to the gallery and being disingenuous in his recent comment over the state finances, which he inherited from his predecessor, Dr. Emmanuel Uduaghan.

The governor had while addressing members of the state House of Assembly on the state of Delta State finances, lamented that the Uduaghan administration left behind a huge debt burden for the state.

But in a statement by its Media Adviser, Martins Mukoro, on Sunday, the APC described as embarrassing and an insult to the sensibility of Deltans, Gov. Okowa’s attempt to shed “crocodile tears over the huge debt profile of the state totalling over N600bn, which his predecessor left behind”.

According to the party, the governor “is merely setting the stage by crying wolf to divert attention and in order to lay the foundation for him to go borrowing more money, thereby plunging the state into a deeper financial disaster”.

See also  Nobody Can Bring Down Buhari-Led Government — Garba Shehu

APC said it had warned the people of the state during electioneering that “Okowa represents no change but more of the same of Peoples Democratic Party’s 16 years of mis-rule”.

It added, “From Okowa’s days as Commissioner, multiple times under ex-governor James Ibori to his days as the Secretary to the  State Government under Uduaghan that accumulated these debts, he has no moral excuse to attempt to distance himself as if he was an onlooker or bystander while the  state was being wrecked!

“Okowa was not an onlooker but a key participant and a major co-conspirator in wrecking the finances and economy of Delta State and he is in no position to rescue Delta from the mess created by him and the past PDP administrations.

“If indeed Okowa insists he has been an onlooker and truly expect Deltans to believe he was not a party to the financial rot, let him immediately and urgently institute a panel to probe the huge debt in order to unearth how it was accumulated and who were the beneficiaries of the massive plundering of our commonwealth! Until then, Gov Okowa can’t pull wool over our eyes”.

See also  Igbos Are Being Marginalized In Nigeria - Chris Ngige

The party, however, urged Deltans to brace up for the change that had “been delayed” and be ready to seize the opportunity of the “expected re-run that may soon be ordered by the ongoing election petitions tribunal to support the APC at all levels to effect the desired change that will bring relief, a breath of fresh air and freedom from a political dynasty of corruption in Delta State”.

Arsenal’s Season Is Now A Lost Cause – Paul Merson

Niyola’s One Live Concert Set To Go Down