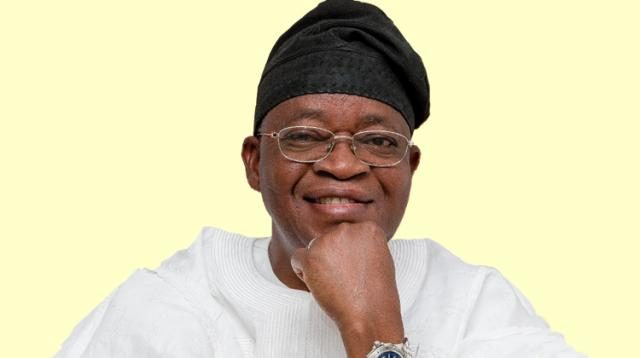 The Osun State Government has assured the people of the state of adequate security, even if they believe the state was not under siege of kidnappers and other criminals.

The supervisor of the Osun Ministry of Information and Strategy, Mr Adelani Baderinwa shared this in a statement yesterday.

He urged the indigenes to not be scared because the kidnapping cases are yet to go out of hand.

It read, “The government of Osun, under the leadership of Governor Gboyega Oyetola, wishes to inform residents, indigenes of the state, within and outside the country, event followers and the general public at large that Osun is safe, peaceful and lively.

“It is imperative to state that the state is not under the siege of kidnappers, bandits or other criminals of any ethnic group as being falsely circulated by mischief makers.

“The social media reports on the security issues in the state are not only over hyped but full of lies by the disgruntled elements to instill fears in the mind of the people and rubbish the Oyetola administration.

“We acknowledge the little challenges of kidnapping that had happened three times from late last year and now on our highways, but those incidences are not in anyway sufficient to address Osun as unsafe and under the siege of kidnappers as some bad elements amplified.

“Our security apparatus and system are improving and the Oyetola’s administration is doing everything to sustain the security pace.

“The governor understands the fact that the primary responsibility of a government is security of lives and property.”

“He has not in anyway taken the security matters with levity.”

Kelly Handsome’s Daughter Now Sees Someone Else As Her Father –...

Gbenga Daniel’s Statement Was A Mockery Of Our Democracy – Buruji...