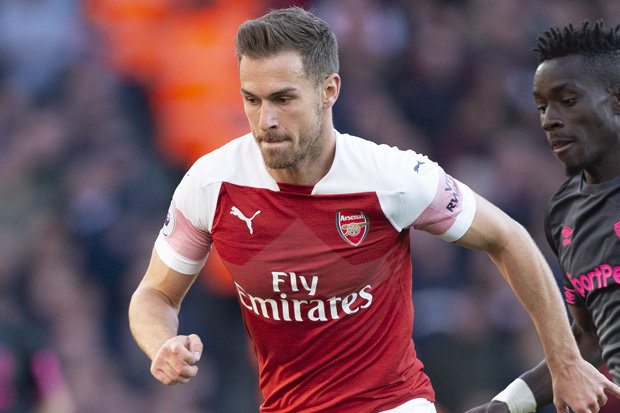 Arsenal decided to not offer Aaron Ramsey a new contract since giving him the wage he wanted would’ve harmed the squad’s dynamic, according to head of football, Raul Sanllehi.

Aaron Ramsey will join Juventus on a free transfer on July 1 after accepting a deal in February that will see him earn as much as £400,000 per week.

Raul revealed that it would not have been responsible for Arsenal to give him such incredible wage even if the Welshman wanted to stay.

“Because of our circumstances, because of not renewing Aaron on time, we were in a situation in which Aaron had incredible offers building up on the salary.

“He was really keen on staying with us, he was ready to make the effort but at the end of the whole process we had to be responsible for ourselves and protect the interests of Arsenal. We realised we were going to cause an imbalance that would have been very harmful for the team’s sake in the medium and longer term.”

He also said Arsenal will still be able to atract top stars without UCL.

He said, “What I can tell you is that we have identified very clearly and unanimously with our head coach and technical people, we know what we want to prioritise and we’re very clear on what our priorities are,” he said.

READ  MUFC Have Always Been A Title Contender - Pep Guardiola

“We’re already in the market and we’re already talking with the people that can help us to cover those positions and I feel quite strong.

“It’s going well and the image that Arsenal has in the football world is very strong. I do believe that we have a very good plan to cover those positions to be much stronger next year to deliver the success that we’re all hoping for.

“We are a reference in the football world, so when Arsenal knocks on the door of players it’s a different knock than other clubs. Of course, the fact that we have not been in the Champions League for two years and we are in question marks now for the next year, that’s not helpful. But again, the image of Arsenal is strong enough to help us build a case about all the model we are bringing up, the new era that we are bringing up. It’s very exciting.”