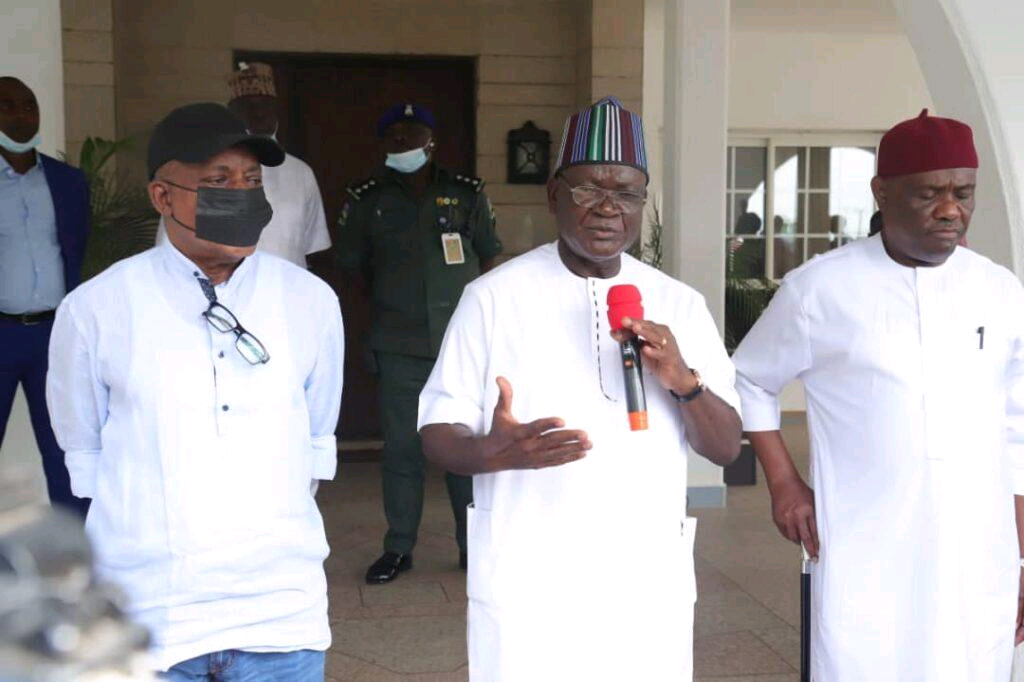 Speaking during an interview with newsmen at the end of the meeting, Governor Ortom said the meeting was held to discuss how to sustain the confidence Nigerians have in the PDP with a view to winning the forthcoming 2023 general election.

He explained that the realignment had been ongoing within the party with several meetings held in different states, adding that more of such meetings would hold in the months to come.

“This is a family meeting for us to reason together in order to make our party more vibrant because Nigerians are waiting for us to take over the mantle of leadership at the centre in 2023”, Ortom said.

The Governor also condemned the killing of two humanitarian health workers and six others in Guma Local Government Area by militia herdsmen.

He further blamed the presidency for refusing to address the insecurity in the country perpetrated by herdsmen.

Ortom lamented that one of his relations who is a 200 level undergraduate at the Benue State University Makurdi was also killed in the attack.

See also  Why Is Governor Wike Going Hysterical Over Security For APC Candidates?

“The killers even had the guts to use one of the workers’ phone to send words that they would continue to kill until the ranching law of the state was repealed.

“This killer herdsmen and their sponsors free movement was an indication that injustice was being perpetrated to a section of Nigerians,” he added.

I Can’t Control My Daughter And Her Friends – Mercy Aigbe

I Will Always Wish Pogba The Best – Dybala