Power Is Not Permanent – Shehu Sani 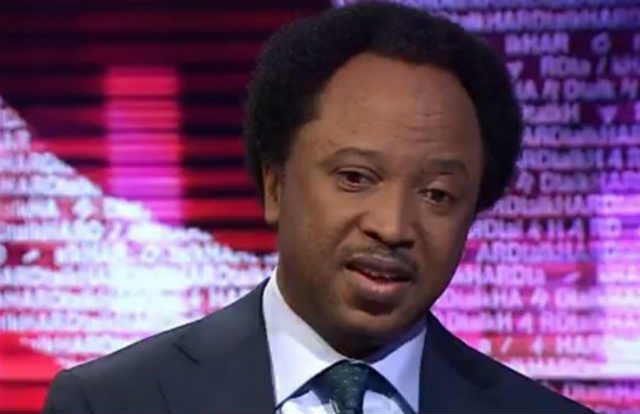 Shehu Sani has said that those who worked for the election of President Muhammadu Buhari in 2015 are now targets of attacks by security agencies.

The Kogi-West lawmaker was later rushed to a hospital where he was re-arrested by the Police in the evening of the same day.

Speaking at plenary on Wednesday, April 25, 2018, Sani described the incident as shameful and “an attempt to silence perceived political opponents.”

The Kaduna state lawmaker allayed fears that he could be a target of an attack.

“I am deeply concerned about the systematic pattern of violation of fundamental human rights in this country. We have seen an increasing age towards a totalitarian state. Peaceful protesters are crushed with force, court orders are violated and also a clear breach of our democratic values,” Sani began.

“My main concern is this, whatever we do today because we are in power, we may be at the receiving end tomorrow. We should understand that power is temporary. It is an opportunity for you to serve.

“There’s always a karma for the way you apply power. Dino’s incident is going to be a history of the 8th senate and the Nigerian government. This is not the best of time for some people to speak up for the fear of being targeted. And election season is at hand and people want their ticket back.

“People need to understand that life itself is temporary, who gave you the assurance that you’ll be around till 2019? What happened to Dino is an onslaught on democracy.

“For people like us, I know very well I’m also a target and I will fall into the situation of Dino but I’m not bothered. What bothers me is to say the truth as it is. People who have worked erroneously and sacrificed their lives and resources to see the change we need today have consistently been tagged or targeted as enemies of the president.

“How can people who have worked to bring the president into power start being targeted as being his enemies? We should understand that if we continue on this track, we are heading to perdition.

“Dino is a victim today and an attack on one is an attack on all. If you’re happy that the parliamentarians are being harassed because you don’t like their faces, tomorrow there’ll be a Parliament you like with a president you don’t like,” he added.

If Igbos Are Killed Again, Nigeria Will Break – Fani-Kayode

VAR Is A Disgrace – Neymar