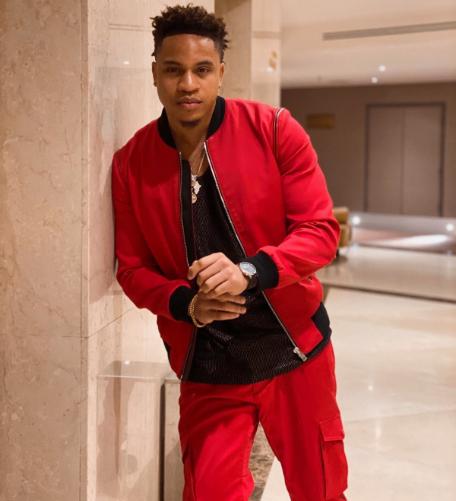 The Nigerian-American movie star revealed this on Twitter by flaunting a picture of himself in the country’s capital.

We look forward to what he has for us.

Olurotimi Akinosho (born November 30, 1988), known professionally as Rotimi, is a Nigerian-American actor, singer, and model. He is known for his role as Darius Morrison on the Starz series Boss, and currently stars as Andre Coleman on Power.

Rotimi was born in Maplewood, New Jersey, to Nigerian parents; his father an investment banker of Yoruba origin and his mother of Igbo origin, working for the government. He attended Columbia High School, where he was a standout on both the varsity basketball team and the honors choir. He continued his studies at Northwestern University and graduated with a bachelor’s degree in Communication with a minor in Business in 2010.

At his first trial with acting, Rotimi auditioned and subsequently got his first acting role on Boss as drug dealer Darius Morrison. Rotimi also appeared in three episodes of ABC’s Betrayal.

Rotimi made his silver screen debut in the film Black Nativity (2013). Following this, he starred in Imperial Dreams at the 2014 Sundance Film Festival , which later won for “Best of NEXT”.

A contemporary R&B artist, Rotimi released two digital mixtapes, titled The Resume (March 8, 2011) and While You Wait (November 30, 2011). His videos have been featured on international and U.S. based entertainment media including MTV, MTV Base, and VH1 Soul.