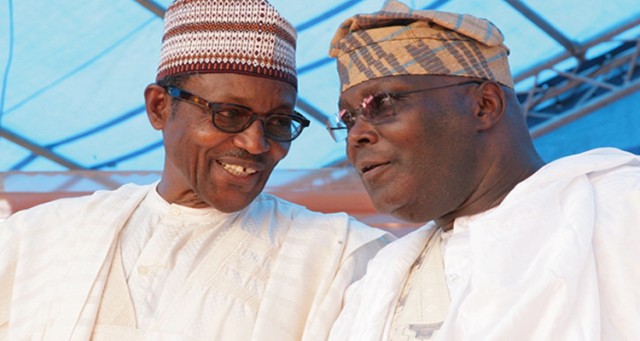 The Presidency on Wednesday dismissed the report in an online medium which alleged that President Goodluck Jonathan is plotting to use the insurgency in the North-East as an excuse to elongate his tenure illegally by two years.

Briefing State House correspondents, the Senior Special Assistant to the President on Public Affairs, Dr. Doyin Okupe, described the report as false and a ploy to embarrass Mr. Jonathan.

Okupe also dismissed the declaration by former head of state General Muhammadu Buhari (retd) and former Vice President Atiku Abubakar to contest the 2015 presidential election, saying they do not pose a threat to President Jonathan’s ambition should he decide to contest because “they are serial failures”.

According to Okupe, owing to the huge pressure being brought to bear on President Jonathan from diverse quarters for him to contest the 2015 election, the president would make necessary consultations and make his decision known “soon”.

Speaking on the declaration by Buhari and Atiku, the presidential aide said: “You know Yoruba people have one proverb which says it is the biggest Masquerade that comes out last. The declaration by the opposition is not really something new. Most of the candidates of the opposition are serial failures. Atiku (Abubakar) has tried twice and has failed, (Gen Mohammadu) Buhari has done it four times and he has failed. If you present yourself for an election, first, second, third and fourth times, what new things are they bringing? Have they gone to school or are they bringing new things.

See also  There Are Still Challenges In The Land - John Oyegun

“We are absolutely unperturbed. The president is going to contest against serial losers. People who never win election. People who have no leadership quality and it is even now worse for them because this president has been given four years a platform which he has demonstrated his administrative capability, efficiency and delivery. It is unarguable that these people in the APC, it is a new and good party, they would become relevant from 2019 upward, not now”, he said.

On the report that the president was planning to use insurgency in the north eastern part of the country to elongate his tenure, Okupe said there was no iota of truth in the report.

“This is something that is not true, this type of false information is quite characteristic and it is the hallmark of Sahara reporters in particular. But still, in order that the world is not misled, I want to state categorically here that there is no iota of truth whatsoever in that statement. There is nothing like that. And this is not the president that would do a thing like that and there is no reason whatsoever for this president to do that.

“Again, the issue also is that as it is everywhere in the world, endorsement itself is not undemocratic because it is a normal pattern in democratic parlance that when you have a sitting president. And he is interested in a rerun, usually he is given the first choice of refusal and the president is yet to make public his desire, but this news from Sahara reporters is absolutely untrue, it is falsehood and we deny it in all its entirety because it is part of the calculated attempts by the opposition to throw everything into the arena to embarrass this president”.

On when the president would formally make his intention known, Dr Okupe said it is “my believe that it will be after due consideration that he will take an appropriate decision that would be in the larger interest of the party and the nation but I don’t see this being too long from now”.

PDP Will Not Change Its Name — Jerry Gana

The Complete Man For Me Mustn’t Be Rich – Toke Makinwa