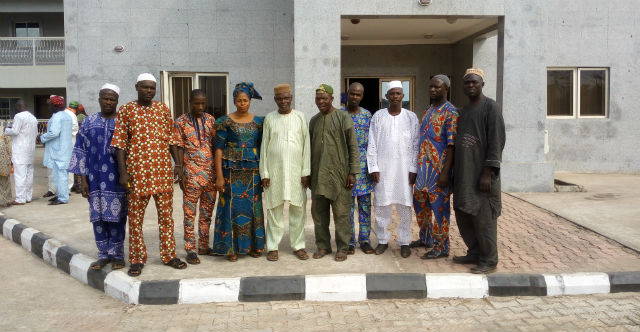 The Ogun state Coordinator of Omoilu Foundation, Otunba (Comrade) Niyi Osoba said the defection of the APC stalwarts marked a new beginning for the PDP towards a greater political future in Ogun state.

Osoba described the event as a watershed in the annals of political history of the two local government areas and Ogun state in general.

He said “those dumping the APC for the PDP have made the best decision as the APC adminstration in Ogun state do not have what it takes to take the people of Ogun state to the promised land”.

Speaking on the occasion, A PDP Chieftain, Alhaji Munir Idris, informed the defecting politicians, to whom he later presented the PDP flags, that they would be given fair treatment in the party as long as they were ready to work with Engineer Bayo Dayo led PDP.

Speaking on behalf of the defecting APC politicians, Hon. Ajani Sunday, one time Supervising Councillor for Education in Imeko Afon local government area between 2012 and 2015, said his decision to join the party was more of a homecoming.

Ajani urged the party leaders in Ogun state to live up to their promise of giving everyone a level playing field in the party, even as he emphasised that he had not joined the PDP because of one political office or the other.

Count Me Out Of Plot To Remove Senate President Mark –...