Pulisic Is A Top-Class Player – Lampard 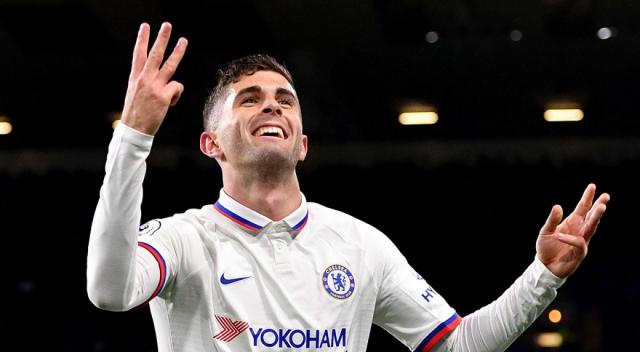 Chelsea manager, Frank Lampard has come out to praise Christian Pulisic after his good showing vs Aston Villa today.

Lampard simply revealed that the American is hungry to make an impact after his long break from football.

According to him, it was tough to not select him from the start because he has trained very well and he is top-class player.

He added that he was pleased with the performance vs Aston Villa but the team needs to be more clinical.

His words, “He was hungry, I know that and I felt for him. He has trained well. The ability to arrive in the box is a big thing.

“It is a difference between being a very good player on the flank and a top-class player.

“With Christian and Ross [Barkley] they both have trained well, I have selection problems, good ones. I had them on my mind to come on early in the second half.”

He added, “I am delighted for Ruben to be back in the fold,”

“He got in the team on his own merit with working well. In training, he has looked good and strong.

“We need to give him time to adapt. I thought it was a game for his physicality. There is more to come.”

“I am really pleased with the performance. Villa had the opportunity to do it one time more.

“It was new for us. We moved the ball well, dominated but we need to be more clinical.

“I can give leeway on that because it has been a long time out.”

I Am Only Interested In What Is Best For Liverpool – Klopp