On 31st May, 2018 at the signing into law of the Not Too Young To Run bill at the State House, President Muhammadu Buhari stated that “Surprisingly, the age limits for Senators and Governors was not reduced, as originally proposed by the sponsors of this Bill. This is an issue that may need to be addressed going forward.”

As the 9th National Assembly commences the constitution amendment process, this presents an opportunity for the  Not Too Young To Run Movement to readdress the age reduction bill as well as the Independent Candidacy amendments which were contained in HB. 544 that  was read and passed for the first time at the House of Representatives plenary session on Wednesday May 26th, 2016 of the 8th National Assembly.

Interestingly, former Deputy Senate President and Chair of the Senate Committee on Constitution Review in the 8thNational Assembly, Sen. Ike Ekweremadu, in an attempt to explain why the 35 years age qualification for anyone aspiring to be a Senator was retained said it  was to correct the initial disparity in the 1999 Constitution between the age qualification for the Senate and that of the President, which used to be 40 years, but now reduced to 35 years.

“However, Section 146 (2) further provides that where any vacancy occurs in the circumstances mentioned in Sub-section 1 during a period when the office of Vice-President is also vacant, the President of the Senate shall hold the office of President for a period of not more than three months, during which there shall be an election of a new President, who shall hold office for the unexpired term of office of the last holder of the office”.

“So, since the President of the Senate, a Senator, could become an Acting President by happenstance, it is only right that the qualification for both offices are the same,” he said.

Speaking on the retention of age qualification for the office of the Governor, Ekweremadu added that the majority opinion was that 35 years should be ideal for now to enable the would-be governors, to garner the requisite experience. Senator Ekweremadu failed to apply the same logic that “it is only right that the qualifications for both offices are the same” as a Speaker of the House of Assembly can also become Acting Governor.

While the Not Too Young To Run legislation addressed a major impediment to youth participation in politics and remains a positive action towards closing the representation gap and signalled a shift towards inclusive politics – there is a need to readdress the proposals for age reduction and ensure a more representative and inclusive constitution.

As a result of the reduction of age limits, Nigeria witnessed a new wave of competent and credible young women and men who aspired to run for office in 2019 Elections. For the first time in Nigeria since 1999, young people between the ages of 25-30 were legally empowered to contest for seats in the House of Representatives and State Houses of Assembly.

There are currently  20 direct beneficiaries of the Not Too Young To Run Act in the State Houses of Assembly between the ages of 25 – 30. This is directly as a result of the age reduction legislation that was passed by the National Assembly and assented to by the President on 31 May 2018.

The current amendments must consider further reduction of the age qualifications for running for Governor to align with the age for State House of Assembly and either to 21 years old for House of Representatives and House of Assembly or align the age of eligibility to vote with the corollary right to be voted for.

If politics continues to be regarded as a space for older and more politically experienced individuals from particular backgrounds, young people will continue to be  systematically marginalized, and their overall disengagement with politics within societies will continue to grow.

It is important to appreciate the gains of the Not Too Young To Run Movement as President Muhammadu Buhari also stated at the signing into law of the Not Too Young To Run bill at the State House, “Nevertheless, your focus and contributions have now successfully increased the quality and maturity of Nigerian democracy and expanded the playing field for youth participation in politics.”

There is still more to be done! 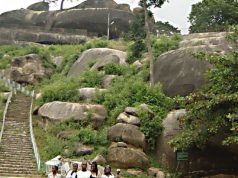 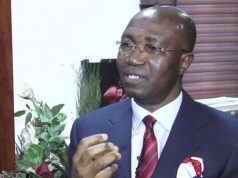 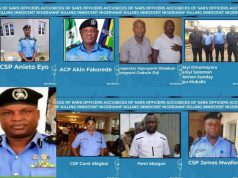 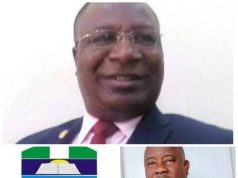 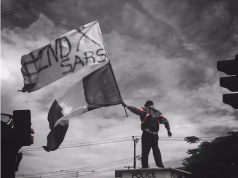 Buhari To Address House Of Representative On Insecurity In Nigeria

ADC Kicks Against Removal Of Immunity For President, Govs