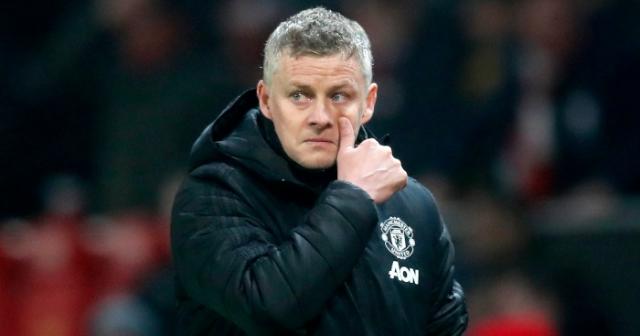 He recently revealed that even if he is disappointed by his side’s inability to reach the Champions League knockout round, the UEL draw is as tough as the one they would have received in Europe’s top club competition.

According to him, Real Sociedad is at the top of La Liga at the moment ahead of teams like Atletico Madrid, Barcelona and Real Madrid, so they must be an exciting team that will test MUFC.

He added that United also have difficult games around the period when the match will be played, so his boys must remain focused.

His words, “It sounds like a Champions League draw and it’s definitely one that keeps everyone on their toes,”

“They’re the team that’s top of La Liga at the moment ahead of teams like Atletico Madrid, Barcelona and Real Madrid. I’ve watched them a couple of times and they’re an exciting team and it’ll be a test for us.

“We’ve got some difficult games around that period. It’s not a time we can switch off and feel it’s an easy Europa League draw, this feels like a Champions League draw – they’re top of the Spanish league. We just have to stay focused.”

On Januzaj, “They’re hard-working with high intensity and some high-quality players and they’ve got our own Adnan of course,” Solskjaer added. “They also have some experienced players and some young, up-and-coming players.

READ  Chelsea Got It Wrong Against Arsenal - Lampard

“Everyone who plays against Man Utd wants to show what could have been and Adnan’s done well in his career.

“It’s always difficult to see where you’re going to go after Man Utd and he’s one of those boys that you hope would make it here. It wasn’t to be so now we’ll have to make sure that he’s not going to enjoy his return!”

Patoranking & Seyi Shay In A Relationship?

New HUBER+SUHNER products at InnoTrans 2014 are set to enable Gigabit...