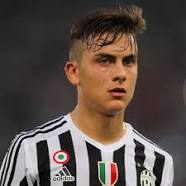 Mohamed Salah and Stephan El Shaarawy fired a double apiece and Edin Dzeko struck late as Roma put Juventus’s title celebrations on hold with a 5-3 win at Chievo on Saturday.

But with Napoli only one point further adrift and desperate to snatch Serie A’s second automatic Champions League qualifying spot, Luciano Spalletti’s men were in no mood for capitulating early.

The capital club’s 27th win of the season kept them in second place but, a week after stunning Juve 3-1 at the Stadio Olimpico, they closed the gap on Juventus to one point.

A Juventus win at home against Crotone, who are third from bottom and one point from safety, will see the treble-chasing champions win the scudetto and secure a record third consecutive league and Cup double.

Massimiliano Allegri’s men – who face Real Madrid in the June 3 Champions League final in Cardiff – outplayed Lazio 2-0 in midweek on their way to a record third consecutive Italian Cup.

Roma will finish the season empty-handed by comparison, but finishing second and enjoying a better Champions League campaign than their doomed one this season remains a priority.

But by the end of a shaky first half at the Bentegodi stadium, Giallorossi fans had reason for concern.

Chievo saw Valter Birsa fire an angled shot just wide moments later, but Roma levelled on 28 minutes when El Shaarawy sprang the offside trap to pounce on a Federico Fazio knockdown in midfield and roll into an empty net from the edge of the area.

Roma’s defence proved just as shaky, the visitors left shaking their heads when Inglese was allowed to run in unmarked to meet Birsa’s cross and nod past Szczesny on 37 minutes.

Salah spurned a chance for a quick leveller when he nodded straight at Sorrentino from point-blank range, but the Egyptian made quick amends with a left-footed curler that took a deflection before wrong-footing Sorrentino on 42 minutes.

El Shaarawy’s second was a delight, the forward running on to a superb, 30-yard cross into space by Strootman that bamboozled the Chievo defence.

The ex-AC Milan striker was given plenty of space to control and turn before firing past Sorrentino at his far post.

Yet, gaping holes in the Roma defence meant a change of strategy for Spalletti.

Despite nursing a calf strain, Belgium midfielder Radja Nainggolan replaced El Shaarawy for the last 20 minutes and soon set up Dzeko for a strike from the left side of the area that Sorrentino pushed to safety.

Roma were regaining momentum, and when Dzeko collected Daniele De Rossi’s smart dink outside the area, the Bosnian found the overlapping Salah to his left for a left-foot strike that beat Sorrentino at his near post.

Spalletti introduced club icon Francesco Totti for Dzeko for the final five minutes, only for Chievo to reduce arrears seconds later when Inglese sneaked in at the far post to grab his second.

Ancelotti Is Not Only Technical, He Manages His Players Well Too – Vinicius Junior