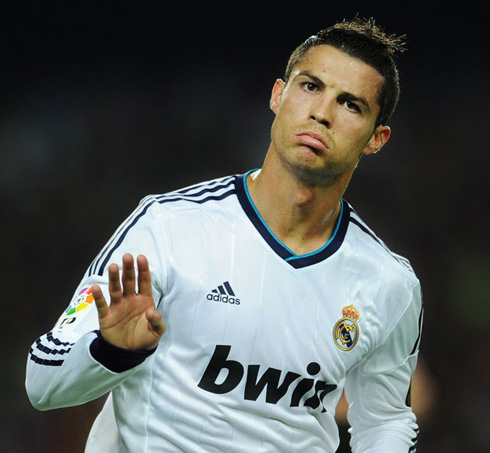 Real Madrid manager Zinedine Zidane, in an exclusive interview, has categorically ruled out a move for Cristiano Ronaldo away from the Santiago Bernabeu.

Speculation has mounted over Ronaldo’s future — with links to former club Manchester United and French champions Paris Saint-Germain surfacing — amid reports he would consider walking out on Real due to scrutiny over his income tax.

Zidane, however, has said that the Portugal star, who is the favourite to win a fifth Ballon d’Or, remains a vital cog for Los Blancos.

“In the end, Cristiano is one of us,” Zidane said. “He’s going to stay with us. And that’s it. He’s on holiday as of today. He’s resting, as he’s deserved it. We wait for him to finish his holiday and join us.”

Zidane has made an impressive start to his coaching career, winning the 2016-17 La Liga title as well as two Champions League crowns since taking over the reins from Rafa Benitez in January 2016.

The former France international admits that managing the happiness of Ronaldo and the rest of his teammates has been a challenge during his tenure as Real Madrid boss, but he has to put the needs of the club before any individual.

“It’s not about the happiness of the players. Managing this squad, managing these players, it’s my job,” Zidane said. “I’m going to use all my players because we’re going to play 50, 60, 70 matches at times. I’m going to need all of them.

“In the end, I’m not here to make a certain player happy because you can play someone 50 games and then leave him out for one and he’s pissed.

“The idea is something else because managing this squad, you’re utilizing all of the players. In the end last season, everything went well. We won and the players had confidence in what I’m trying to do and that is the most important.”

One player who has been left unsatisfied with his playing time at the Bernabeu has been Alvaro Morata, who is on the verge of joining Premier League winners Chelsea. Zidane, though, backed the Canterano’s decision to leave and has left the door open to a return to the Spanish champions in the future.

“What I can tell you is that we wish him all the luck in the world — except against Madrid,” Zidane said. “In the end, Alvaro knows his home is in Madrid. It’s always been Madrid and always will be.

“He had to make a decision and his decision was to go to another club, but like I told you, I wish him all the best unless he’s playing against us.”

With Morata’s exit, a move for Monaco’s teen sensation Kylian Mbappe has been mooted. But the Real Madrid boss refused to be drawn into any speculation.

“[He’s a] very good player. His talent at 18 years, his personality is very good,” Zidane said. “As a player, everything that he showed all last year and nothing more. He’s not my player; apart from what I told you, I can’t say more.”