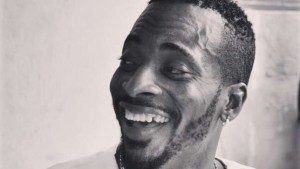 Rapper, Ruggedman and singer, 9ice, have finally given a confirmation that they have buried the hatchet and are in good terms.

The duo has put the past behind them to hit location for the video of their new collaborative effort titled ‘Religion’.

Ruggedman captioned the photo as, “What 9ice and I did for the industry with the song Ruggedy Baba is huge and more important than any alleged beef.

That’s why I decided to make the new song about our positive contribution to our industry and not about beef.

I decided not to add anything about the past in the new song “Religion” cos thats one negative, misinterpreted aspect of our lives i want buried with the past.”

The pair who were once sworn enemies have ended their six-year feud. Their collaboration on the rapper’s new joint has left no doubt about the improvement in the relationship of these ‘once upon a time’ best buddies.

They developed a music chemistry that produced Ruggedman’s hit track ‘Opomulero’ in 2006. The song received a lot of airplay and patronage from fans.

Bringing their so-called beef into retrospect, it was alleged that Ruggedman had an affair with 9ice’s former wife, Toni Payne.

The controversy became more heated when 9ice dropped his single titled ‘Once beaten, twice shy’, which had a theme of betrayal from people he loved.

Last month 9ice released a statement saying that his ex-wife Toni Payne never had sex with Ruggedman when they were married. He also apologized to Ruggedman.

I Will Carry Everyone Along As A Governor – Babajide Sanwo-Olu