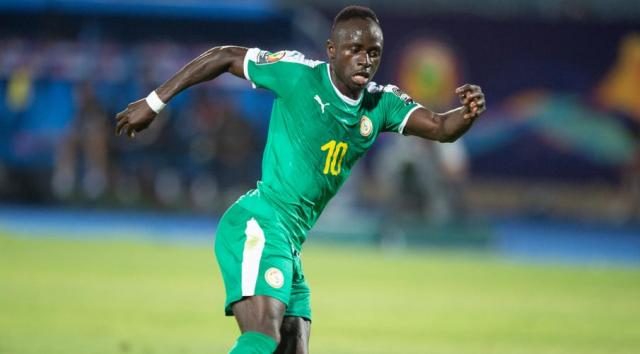 Liverpool coach, Jurgen Klopp has disclosed that Sadio Mane is prepared for their EPL game vs Norwich City on Friday.

The Senegalese featured in the 2019 Africa Cup of Nations which ruled him out of Liverpool’s pre-season tour since he had to rest.

He recently returned to Melwood on Monday and has begun to train with his co-players and Klopp believes he can play tomorrow.

His words, “He already had two weeks off, so he didn’t lose a lot. He looks fit. Yesterday was the first session with the team. He looks absolutely OK, in good spirits, looking forward to it. Yes, he’s an option.”

On Keita, Klopp said, “There were ups and downs last year. He [Keita] is still building 100 per cent fitness, and it’s the same for Ox [Chamberlain]. We have these boys in, it’s a very long season. We have to be ready for all of the games.”

“I was really happy when I saw the influence of, particularly, Shaqiri, Naby and Adam [at Wembley]. It was really good that they are in a good way, and they can show we have different options. It’s very important for us.”

“Naby looks completely different, this pre-season you can see that he is much more settled in the team. Body language is different, everything is different. We expect a lot, he expects a lot and rightly so.”

See also  The Referee Denied Us A Penalty - Klopp

I Thought About MUFC A Lot In The Summer – Gakpo

I’m Sending A Hug To Pele From Qatar – Vinicius Jr

I Thought About MUFC A Lot In The Summer – Gakpo

Elon Musk Is Longer The Richest Man In The World

Leganes Can Avoid Relegation Without The Fans – Omeruo

Yoruba Group Tasks APC, PDP, Others On Igbo Presidency In 2023