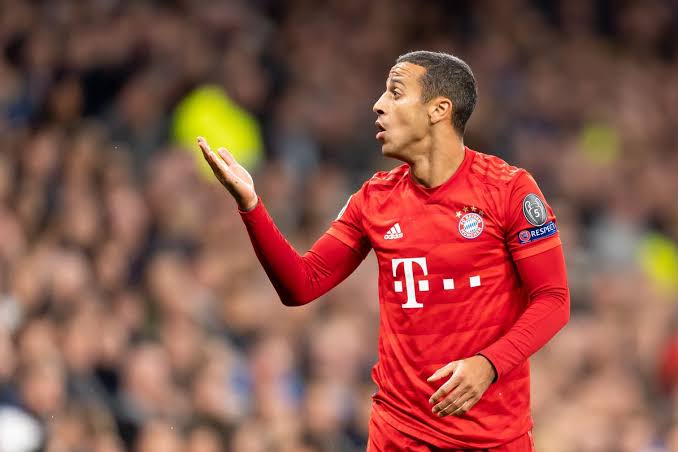 Bayern Munich CEO, Karl-Heinz Rummenigge has come out to say that Thiago Alcantara can be sold for a fair transfer fee before next season.

Karl-Heinz Rummenigge recently revealed that if the Spaniard is willing to play in the EPL, he’d understand completely.

According to him, losing Thiago would definitely be costly because he gives the Bayern team a kind of spark that can win games.

He, however, added that if any clubs come with a reasonable price, he would not hesistate to sanction his immediate sale of the ex Barcelona player.

His words, “If he wants to try again in the Premier League now, I totally understand,”

“But it would be a shame because Thiago gives our game that certain something.

“That’s why I would like, as a coach, to have him on the team for the next few years, but that’s life. It would go on.”

“Regarding Thiago, it’s known that he told us he wanted to do something new,”

“If a club approaches us that is willing to pay a fair transfer fee, we will work on it.” Osun State Has No Funds For Gboyega Oyetola – Tinubu