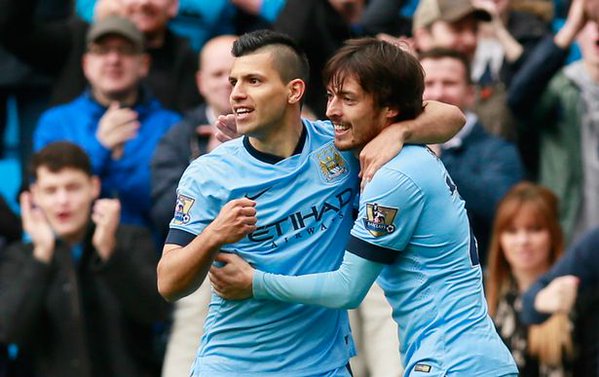 Rio Ferdinand didn’t hold back his true feelings when he came face to face with the shirt Sergio Aguero scored his most famous and important Manchester City goal in, denying Manchester United a Premier League title in the process.

There has been a great many incredible moments in the Premier League down the years. The entire of Leicester City’s title winning season as a whole might be the number one but the Foxes title win was without last day drama.

Plenty of sides have won the title with a bit of last day tension connected to it but nothing like Manchester City’s title win in 2012.

They went into the last day of the season level on points with rivals Manchester United but clear on goal difference, by a long way, and just need a win at home to QPR to guarantee the title.

United beat Sunderland to keep the title race alive and at full time in their game they were champions. City found themselves 2-1 down to QPR with just minutes left, despite the visitors being down to 10 men.

Edin Dzeko made it 2-2 from a corner in the 92nd minute and with virtually no time remaining Sergio Aguero chipped Paddy Kenny to win the league.

Rio Ferdinand was brought face to face with the Aguero shirt as he revisited the kits that were most important in his career.

Inspecting the shirt Rio said, “You can’t go past this, this was a bad moment man. I thought we won the league. We beat Sunderland and everyone was saying ‘yeah you’ve won it, you’ve won it.’

“And then all of a sudden Sunderland’s fans went crazy. So I knew that they’d scored man.”

The former England captain considered putting the City shirt back on the rack before throwing it down in anger, a move which United fans loved.

It’s no surprise that the shirt still haunts Ferdinand, and any of his teammates from the Sunderland game, they must have been so certain they’d won the league.

A year later Ferdinand and United made sure that they reclaimed the league title, with Sir Alex Ferguson retiring on a high.

Is Mohamed Salah Set To Light Up The World Cup?