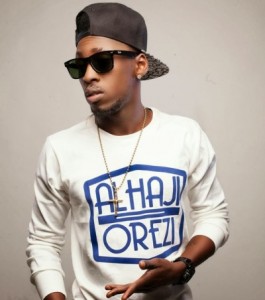 Popular Nigerian dance-hall singer, Orezi has spoken on the publicity stunt pulled by Skiibii and his team.

On Skiibii’s failed PR stunt, Orezi said “So whatever it is, if it was a PR stunt, they did get everybody. People got to know who Skiibii is. People started searching for him on Google, follows on Instagram. They started downloading his song to hear how he sounds. If it was a publicity stunt it worked.

“A lot of people are angry because they felt it was too extreme, but if he uses it to his advantage and blows up with a great song all of us will come out again to say (the stunt) actually (worked) and everything will be forgotten”

On his own publicity stunt, Orezi said “I did not do it intentionally though so I wouldn’t say I did it. When I was in Dubai, news came out that I was caught there for drug trafficking. It went viral. Everyone was calling my mum. I was afraid and all but it got me more popular so I will say it worked. But it wasn’t premeditated.”

The Secret To My Success Is Hard Work – Ronaldo