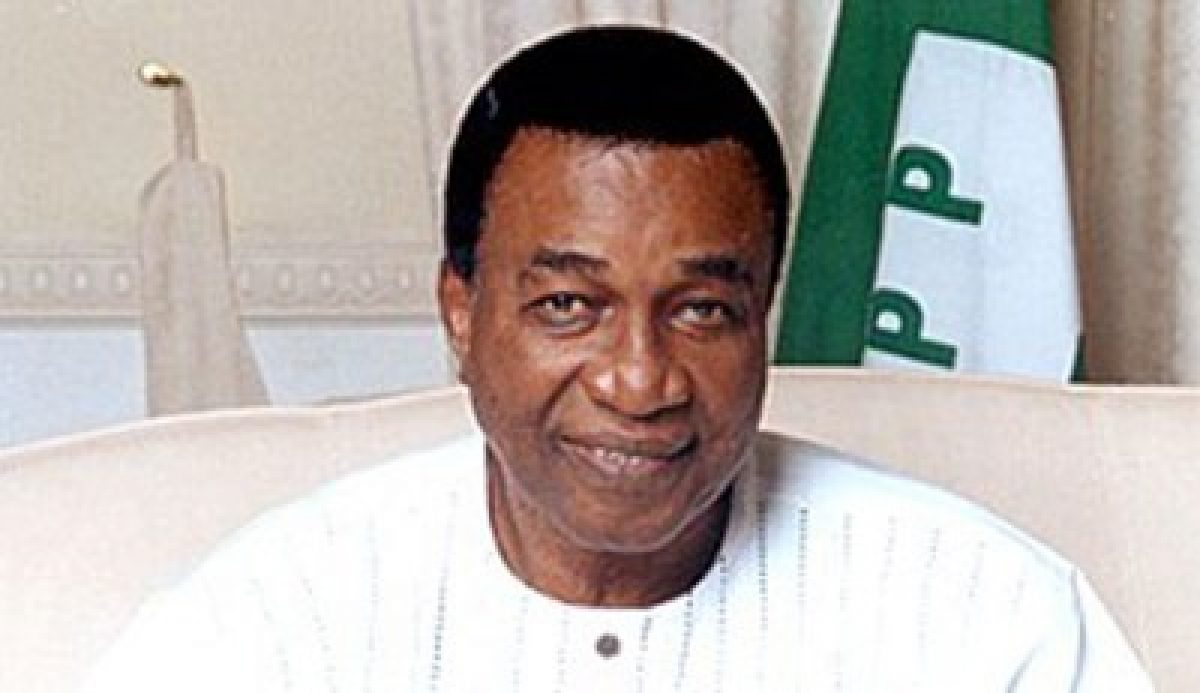 Elder Statesman and ex-Governor of old Anambra State, Senator Jim Ifeanyichukwu Nwobodo has come out to say that Governors in South East states are not weak.

Senator Jim Ifeanyichukwu Nwobodo recently revealed that he is tired of Igbo leaders being branded as incapable or weak.

According to him, there is a clear difference between weakness and wisdom, and because a person is gentle and meek does not make him weak.

He added that he is very pleased with the unity and cooperation he sees among all southeast governors and he wants it to continue.

His words, “I also know that the Governor (Ifeanyi Ugwuanyi) rushed out to get the facts before reacting. Again, I am aware that the governor has not rested since then, and as governor he cannot get the true facts by making inflammatory statements in the press. We cannot be in our homes and know what actions or steps he is taking.”

“No rational thinking person would expect him to rush to the scene of the incident with his own army or police to return fire for fire. That will put the whole place in danger because more lives would be lost, and who are those going to die, the same Igbo, our own people.”

“They could not have achieved that without applying wisdom to their approach. I am happy with the unity and cooperation that I see among all south east governors. At a time in our country and indeed the whole world are facing multiple challenges, unprecedented in our lifetime, we must be careful what we say and the actions we take, especially we the elders.”

“We should not incite or stampede our young governors into hasty and irrational actions that would jeopardize and endanger the lives of the same people they took oaths to protect.”

We Are Ready To Defend Ganduje’s Victory In Kano – APC...

I Am Proud Of Nigerian Media – Muhammadu Buhari

FG Should Hasten Up In The Rehabilitation Of Our Roads –...