#Football > Manchester City’s Delph Out for About Six Weeks, De Bruyne to Debut at Crystal Palace

Defender Bacary “Sagna is 100% fit” for the game at Selhurst Park, despite limping off during France’s friendly win over Serbia on Monday night.

Summer signing Delph was injured seconds into England’s game against Switzerland in midweek, and will be sidelined for around six weeks with a hamstring problem.

“Fabian worked with us before he went to his national squad – he worked without problems and he played some minutes with our team. It’s very unlucky to have that injury but it happens,” said Pellegrini.

“I don’t know for how long Fabian will be out – we’ll see. I think at this moment it will be a month and a half.” 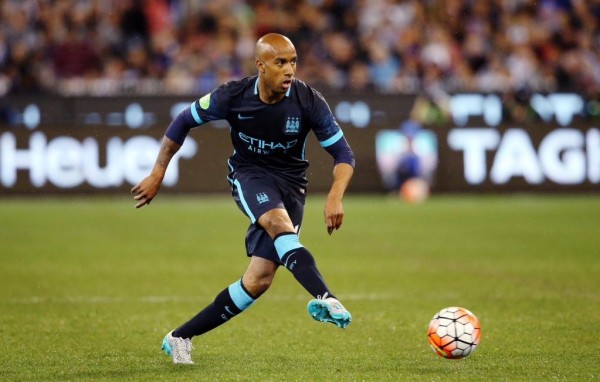 Spaniard Silva took a “kick to his ankle” but could return in time for Tuesday’s Uefa Champions League opener at home to Juventus.

Pellegrini said: “Silva is out for tomorrow as I think it would be a risk for him to take another knock. I hope he will be OK for Juventus.”

Nicolas Otamendi has received his work permit but the manager thinks the game against second-placed Palace may have come too early for the Argentine, while deadline day signing and Belgian winger Kevin de Bruyne could earn his debut in absence of Silva.

See also  I’ve Been Learning A Lot From Mourinho - Lindelof

“His (De Bruyne’s) position is easy to settle in our team. He will be a very important player for us. He’s in the squad list, we’ll see tomorrow whether he starts,” said the Chilean boss.

“I spoke with him during the week, we work a couple of days and he’s seen what the team is doing.

“I think that he can play in all three positions, on the wings or as a striker with no problems.”

Liverpool Players Understand One Another – Salah

I Wish To Be Fair To Nigerians – PMB