Tania Omotayo Is The Realest Person I Know – Wizkid 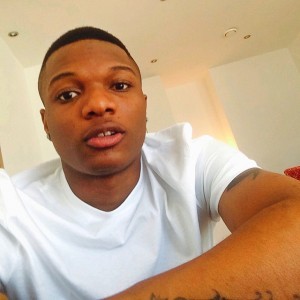 Popular model and wizkid’s ex girlfriend, Tania Omotayo is a year older today, June 14, 2016 and in celebration of her day, the music star took to Twitter to celebrate her.

“Happy birthday to my best friend and the realest person I know! Love always T!!,” he wrote.

Recall that Wizkid started dating Tania Omotayo circa 2011. Tania is the woman who has been associated with Wizkid for the longest time. For most parts their relationship was on and off for years.

The duo recently broke up after a long romance.

A close associate of Wizkid disclosed that Tania has finally ended her relationship with the star.

A comment made by the close associate reads, “Tania broke up with Wiz a while ago but both parties agreed to be friendly towards each other. Nonetheless, she kept her distance from him and missed a lot of his events and performances over the Christmas holidays. She went on vacation with her friends in Dubai during his industry night event”.

Before the break-up, a lot of rumours had trailed the pair concerning the chance that both might soon part ways.

In January 2016, Wizkid revealed that he was no longer in a relationship with her.

If Your Partner Tests Positive For Coronavirus, Stop Having Sex – Osagie Ehanire