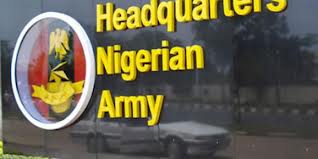 (Defence Ministry Reports) The Defence Ministry in Nigeria has observed that the comments, interpretations and reactions, especially from the media on the remarks made by the Chief of Defence Staff, A S Badeh (Air Marshal) during the handing and taking over ceremony between him and the immediate past Chief of Defence Staff on the need to end terrorism by April this year is worthy of clarification for public interest and for the records.

A statement released recently by the Director of Defence Information, Chris Olukolade has revealed that the Chief of Defence Staff discussed the menace of insurgency/terrorism in parts of the country and the state of emergency. He also implored the service chiefs to take adequate steps towards bringing the activities of Boko Haram insurgents in the North-East to an end.  According to him, the Chief of Defence Staff mentioned April as very crucial in the task, especially to avoid possible unlawful arguments.

“The CDS was not unmindful of the hydra-headed nature of the situation when he made those comments. He was simply being optimistic that given the vigour, zeal and combat readiness of the new service chiefs, the Nigerian military must work hard to bring the situation in the North -East to an end or sufficiently under control to pave way for normal socio-economic activities in these parts of the country,” Olukolade explained.

He further noted the Defence Headquarters’ concern for the implications of the varying interpretations and insinuations given to the remarks of the Chief of Defence Staff which was essentially directed to the new service chiefs.  Adding, the declaration was a charge to the new service chiefs to brace up to the expedient need to sufficiently defeat terrorism and restore normalcy to all parts of the country, in order to avert any extension after April.

The Director of Defence Information said that the CDS statement should not be mistaken for a false sense of hope or mere grandstanding as has been imputed by some individuals.  Ending terrorism anywhere, he observed has never been and cannot be precisely determined by a directive. He also indicated that the remarks by the CDS were meant to motivate commanders and troops to work harder towards restoring normalcy as envisaged in the states under emergency rule.

According to him, the charge has been literarily interpreted to mean a definite promise to end terrorism by April. “Much as the security agencies are working hard to ensure safety of citizens, the nature of terrorism in Nigeria, especially the trans-border dimension makes it difficult to make definite commitment or promise.  Efforts are however being made to secure better cooperation from neighbouring countries serving as safe havens for terrorists from where they unleash mayhem on Nigerian communities,” he iterated.

Olukolade informed that appropriate actions have started on the need for communities to deploy existing capacities to clean out terrorists from their territories, noting that more resources and troops are being deployed to beef up the operations.

“It is however usual and indeed not out of place to point out that as it is often the case in other climes, individuals and corporate bodies go all out to demonstrate support for the country’s efforts to contain threats to national security or war by channeling materials and moral resources towards assisting the military to combat the sources of threats,” the statement inferred.

“In times like this, every citizen, individual or corporate organisation including media and the general public are expected to join hands in ensuring that sustainable  peace and security is achieved for the good of all in record time.  We do not expect less from Nigerians.”

He further observed that security challenges call for unity of purpose and not bulk passing; saying no material or moral support to the efforts of the security forces is too much in demonstrating a collective resolve to end the menace of terrorism in Nigeria.

All things being equal, he pointed, ‘normalcy would have been restored substantially enough to guarantee restoration of peaceful socio-economic and political activities in these States in no distant future. Adding, the Defence Headquarters wishes to assure Nigerians and the international community of the Nigerian Armed Forces commitment to restoring normalcy to all parts of the country.