The Cause Of Ini Edo And Phillip’s Divorce Finally Revealed, You Won’t Believe It

The reason why beautiful actress Ini Edo and her husband Philips Ehiagwina split has been hidden for some time now and we have the juice. 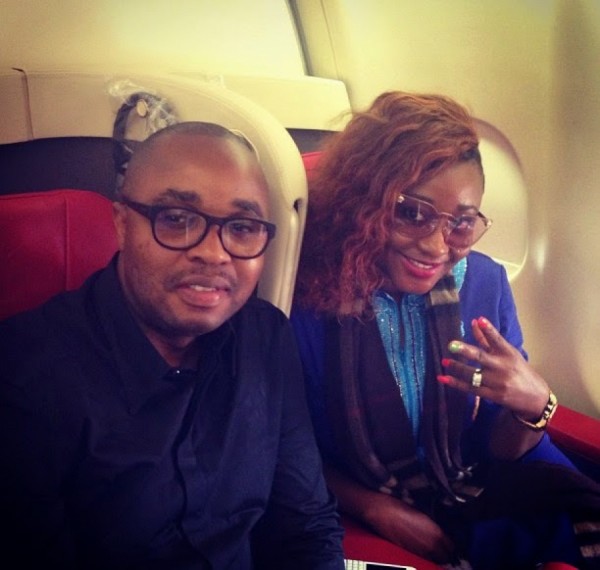 Ini Edo had always been a good house wife according to an alleged insider who told vanguard.

The insider said: “I think Ini Edo was badly in love. Philips was a charmer and, as a human being and deeply in love, she followed her heart. It is so sad that a woman blessed with such a good heart could be treated in such a hurtful manner. Most people may not know, but Ini Edo is a dedicated and totally committed spouse any man could hope to have. That’s why she endured all she did, for six years without letting the world know the pain she was going through in her marriage.

“Most people do not know that Ini Edo gave up a lot of acting jobs to be with her husband in America and, unlike the widely peddled story that the actress was involved in romantic relationships with other men, for the six years that Ini was married to Philips, she never cheated on him. Ini Edo adored and loved Philips; she was very fond of him, cooked his meals personally, and was practically splitting her time between two continents, all in her efforts to be a good wife, the insider said.

“Ini Edo is very industrious and wanted combined efforts from her husband to get things done. Eventually fights began to occur. The last straw that broke the camel’s back was the house Ini bought in Lekki, a beautiful edifice.

“Philips wanted it to be a joint property, but Ini vehemently said no, that she would have none of that. Philips was said to have threatened to move out of their home if Ini refused to put his name on the deed. She stood her grounds and Philips also made good his threat. He moved out of the house and took up residence with another lady in Accra, Ghana which has been his home for the past six months. All entreaties by family members for Philips to return home were rebuffed; he wanted his name on the deed or no marriage. For three months, Ini Edo did not set her eyes on her husband and he had started flaunting his new girlfriend to spite Ini. Scheduled appointments by her father in-law to resolve the issue amicably were rebuffed by Philips and ini was shocked.

“There is no truth to the story that was peddled that Ini Edo was involved in extra-marital affairs. It was Philips who actually did not respect the sanctity of his marital vows. While still legally married, he left his matrimonial home and moved in with another lady in Ghana”.

When contacted about the story, Ini told vanguard reporters , “Ekerete, you were there when we started dating and eventually got married. Does anything that has been written about me, remotely resembles who and what I am about? I wish Philips the best in life”, she said.