The North Is Blaming Us For Supporting Jonathan – Lamido

Jigawa state governor, Sule Lamido has given his thoughts on supporting Jonathan in 2011 and following him to the campaign trail now. 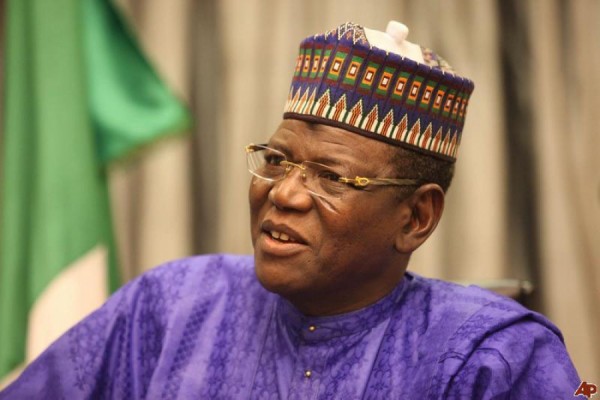 In a one on one interview with vanguard the governor talked about how there are thingsin the north that the president fails to feel.

Will you support the president fully during the campaigns, or will you play ‘siddon look?’

What we are going through today in Nigeria should go beyond partisan politics. Only yesterday, there were bomb blasts in Kano. How many people died? How many were injured? People in their place of worship. No matter how you see it, sometimes there are difficult situations. My party and my Federal Government must assist me in ensuring my safety. Right now, we are overwhelmed by grief.

Government must be seen to have the political will and commitment to confront this insurgency. Even though I believe in Nigeria, I am also coming from a political environment. And when a certain arrangement seems to be undermining me, ignoring the circumstances under which I live in my environment, it becomes very, very difficult for me to give the required political support. Government should also be willing and able to encourage me to support it. It should be able to provide me the comfort I need. Immediately after the Kano mosque bombing, text messages began to circulate.People are saying, ‘the North should not forgive Murtala Nyako, Shehu Shema, Sule Lamido and Isa Yuguda’, they listed four governors for supporting President Goodluck Jonathan to be president in 2011.

Are they saying that the president is connected with the bomb blasts?

You see, as human beings, when you are going through frustration, and you are literally overwhelmed, you can get disoriented and over-react. Otherwise, what do the bomb blasts have to do with the 2011 election? I am coming from a tribe, from a region and from an environment, and these types of things drain me of all moral authority, all political authority. And, therefore, when things are not working very well, I am one of those people hold accountable. I am part of the leadership of the country and so my people hold me accountable.

When people like Edwin Clark say people of the South-South are angry with the North for being against their son, it diminishes my contribution to the making of the Jonathan presidency. When people are overwhelmed by hopelessness, they can take it out on anybody who is around, and people will now be making reckless statements. I must be given the moral authority, and things must be decisively checked. And people should not be making reckless statements. We need to work towards a Nigeria for all Nigerians, not northern Nigeria or southern Nigeria. People should be defending the interests of Nigeria, not just the interests of their regions and abusing people who are from the other side.

Sule Lamido was Nigeria’s Foreign minister from 1999 to 2003. He was then elected governor of Jigawa State in April 2007.