The Only Striker Manchester United Should Sign Is Kane – Berbatov 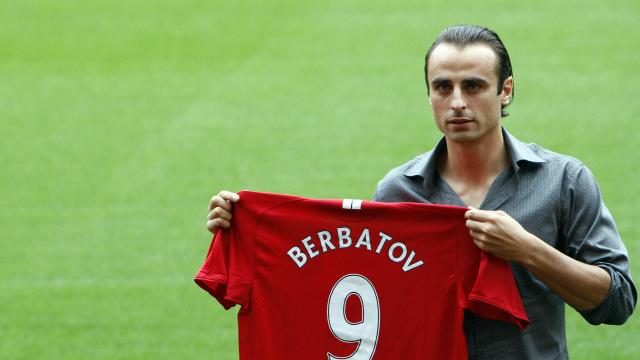 Manchester United should not sign strikers like Erling Haaland or Mario Mandzukic, according to their legend, Dimitar Berbatov.

Berba believes Kane is the only striker that would make sense for the Red Devils.

Ole Gunnar Solskjaer has witnessed an improved performance from his forwards in recent weeks. Rashford has been dazzling, Anthony Martial scored vs Manchester City and Mason Greenwood is known for his massive potential.

However, the coach from Norway is still looking for a forward to help with the goals, and Dimitar believes they should not rush into any decision and wait for Spurs striker, Harry Kane.

His words, “I don’t think United need to sign a striker in January as they have decent options up front already.

“I want Marcus Rashford to get better and better, I’m a big admirer of Anthony Martial and am keen to see Mason Greenwood get more time on the pitch.

“I think United have the talent there and signing a new striker, whether it’s an emerging talent like Haaland or the more experienced Mario Mandzukic, could discourage their young players.

“I know there’s speculation about Haaland coming to United in January. He’s a big centre-forward, an old-fashioned target man who scores tap-ins – so quite different from Rashford and Martial.

“Haaland would offer United something different, but coming from Red Bull Salzburg in the Austrian Bundesliga would be a massive step up, so United need to think carefully about if he’s the right man and how he would fit in with their style of play.”

“If they could get Harry Kane then that would be great, because he has everything. But it’s not going to happen.

“United fans want to see strikers who play with the element of surprise, beating defenders and shooting from different angles, so the way to deal with the pressure as a new United striker is to be different.

“There aren’t many strikers around who are available and would fit into United’s system.”

I Did Not Register For PVC Twice – Yahaya Bello