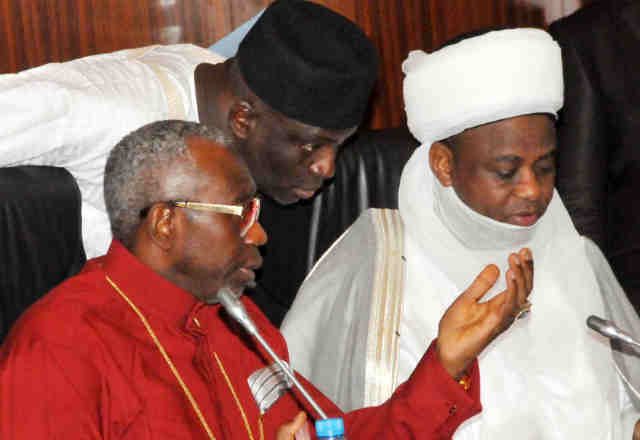 The Sultan of Sokoto, Alhaji Sa’ad Abubakar said on Thursday that the traditional institution was in full support of the recent move by the Federal Government to criminalise hate speech and fake news.

He said that the traditional institution was not against the recent declaration by Vice President Yemi Osinbajo as Acting President that “none will be allowed to get away with making speeches that can cause sedition or that can cause violence’’.

The monarch said that the rate of hate speech and fake news has reached an alarming state and decisive action should be taken by the government.

“Shortly after the event, many people were calling me that what was I doing at the event where there was “fracas’’.

“There was nothing like fracas at that event as reported by a popular TV station which I will not named here.

“A former comrade governor who was at the event canvassed a position which did not go down well with the audience and people were shouting.

“The President of NLC waded into the situation and the Comrade Governor continued with his speech.

Alaafin of Oyo Marries For The 13th Time