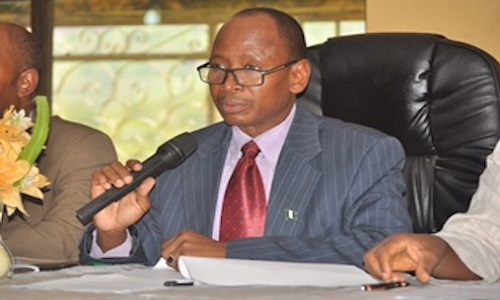 As controversy rages over the management of the Treasury Single Account (TSA), the Accountant General of the Federation (AGF), Alhaji Ahmed Idris, has denied having any knowledge of the contract signed between the Federal Government and SystemSpecs, the owners of the Remita e-payment solution that has been deployed to process transactions of the TSA.

He also denied knowledge of the one per cent commission that was agreed in the contract to pay the software developers for their platform.

Alhjai Idris, who made this known on Tuesday while speaking to some reporters in his office in Abuja, said Remita is unknown to him, officially.

“I didn’t engage Remita (SystemSpecs). Officially I don’t know Remita”, he said. “When I say officially, it means I don’t have any formal contract with them. I don’t know who engaged them. Go to the person who engaged Remita and ask them. I don’t want to be commenting on a matter under investigation but you can seek further clarification from the CBN”.

While absolving his office of complicity in the controversy surrounding the TSA, the AGF pointed out that in all the comments made about Remita’s commission, his office was never mentioned.

He insisted that he never signed any contract with SystemSpecs on Remita, adding “Why didn’t the National Assembly call me? Because they know I don’t know anything about it. I didn’t engage them and we are not a party to 1 per cent commission”.

Idris, however, declined further comments on the matter since it is still under investigation by the National Assembly.

The AGF also explained that the sub-accounts are accounts of MDAs and their projects accounts.

“An MDA can have aside of its own account, additional sub-account for projects”, he said.

Owner Of Ikoyi Cash Should Go To Court – EFCC