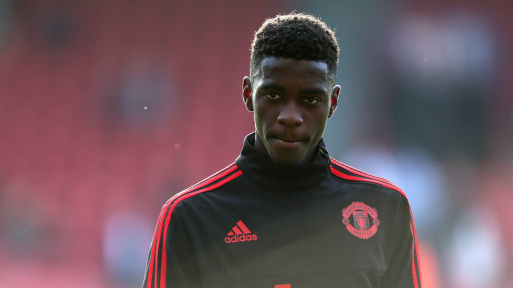 He recently revealed that Ole Gunnar Solskjaer will surely let him retain his position because he has to reward performances like that.

According to him, Tuanzebe did very well to nullify the threat from two of the best attackers in world football, Mbappe and Neymar in the UCL match.

He added that Axel has had a hard time with injuries so he surely deserves his time to shine on the pitch.

His words, “Yes. Ole has just said it’s two of the best two strikers in the world (Mbappe and Neymar), he snuffed out danger many a time today.

“You have to reward performances like that. He’s had a hard time with injuries – first game in 10 months – to come in and play like that, from out of the cold, you deserve to be rewarded.

“But Ole is the man to make that decision.”

“This is where Man United have struggled in the last six to 12 months, in them areas chasing players down the channels, they can’t stay with them and then obviously that opens up the back four or back three.

“But he was smelling danger.”

I Signed Nothing That Stops Me From Running For Second Term...

Meinert: Germany must stay true to our style