A senior US diplomat urged the U. Security Council on Thursday to press Myanmar’s military to stop violence and restore democracy, warning that with COVID-19 surging and hunger increasing, the longer we delay, the more people die. 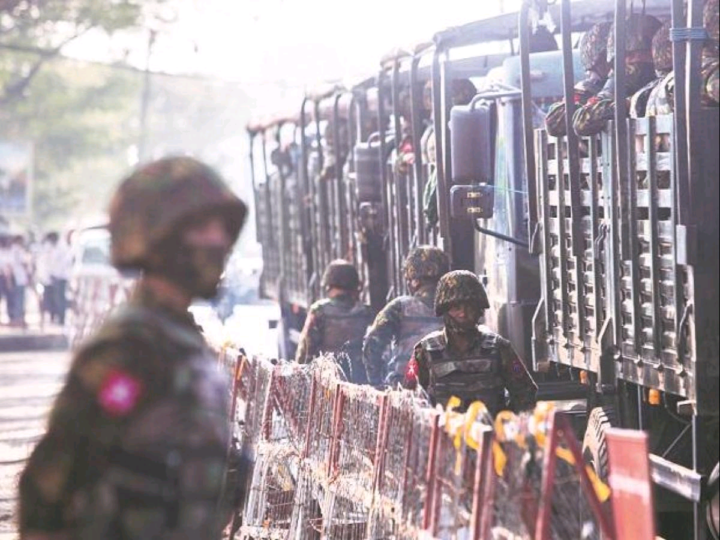 Deputy US Ambassador Jeffrey DeLaurentis said Myanmar is reeling from a surge in COVID-19 cases and faces a burgeoning health catastrophe as a direct result of the military’s brutality and administrative failures since its coup six months ago.

The violence and military crackdown that followed have also displaced hundreds of thousands of people, and up to 2.8 million additional people may be facing food shortages, he said.

His appeal for Security Council action follows a call two days ago by Tom Andrews, the UN special investigator on human rights in Myanmar, for the Security Council and the UN’s 193 member states to push for an emergency COVID ceasefire in light of an explosion of coronavirus infections and deaths.

Too many in Myanmar have needlessly perished and too many more will die without action by the United Nations, Andrews warned.

The UN must act immediately to halt the military junta’s attacks, harassment and detentions in the midst of a COVID-19 crisis … so that doctors and nurses can provide life-saving care and international organizations can help deliver vaccinations and related medical care.

DeLaurentis told the informal council meeting that Myanmar’s military has said it doesn’t plan to honor commitments it made in April at a summit of the Association of Southeast Asian Nations, known as ASEAN. Myanmar, previously known as Burma, belongs to the 10-member regional group.

So what are we waiting for? DeLaurentis asked council members. This council is failing in our collective responsibility to safeguard international peace and security. And it is failing the people of Burma. We must do more, and we must do more now.

At the ASEAN summit, leaders issued a five-point action plan that calls for stopping violence, constructive dialogue, appointment of an ASEAN special envoy as mediator, humanitarian aid and the mediator’s visit to Myanmar.

But a day after attending the summit, Myanmar’s junta leader, Senior Gen. Min Aung Hlaing, said he would consider the five points when the situation in Myanmar is stable, and in May he reportedly told Chinese television he didn’t see that the five points could be implemented.

Gum San Nsang of the Kachin Political Interim Coordination Team, which advocates for the rights of the Kachin ethnic groups in northern Myanmar, said in a virtual briefing to the council that while we consider ASEAN’s five-point consensus to be a great step forward, the current health crisis demands immediate robust action.

Nsang called on UN Secretary-General Antonio Guterres to urgently convene a meeting with key parties including ASEAN and China to dispatch teams to communities to administer coronavirus vaccines and provide humanitarian assistance.

He called on the Security Council to impose an arms embargo and no-fly zone along Myanmar’s borders with China, India and Thailand, to impose sanctions on senior military leaders and state-owned enterprises, and to refer Myanmar to the International Criminal Court for prosecution for the alleged crime of aggression against civilians.

Opponents of the military have been seeking alliances with ethnic minority groups as a way to strengthen their resistance. At least 20 ethnic minorities, including the mainly Christian Kachin, have kept up on-again, off-again armed struggles for greater autonomy for decades. Nsang said that despite pain and suffering, sickness and disease, hardship and terror, We can see light at the end of the tunnel.”

We see the Feb. 1 coup has placed the nation on to fast track to national unity and national cohesion,” he said. Solidarity within and across ethnic and religious communities is at a sobering height. In Kachin state, the inter-tribal tensions which we witnessed up until even before the coup hardly exist now.

Susanna Hla Hla Soe, minister for women in the National Unity Government set up by ousted lawmakers, said in a virtual briefing that food is getting scarce, the economy is collapsing and the health system has collapsed with a new wave of COVID-19 spreading like wildfire across the country.

Soe called the military junta’s report of 6,000 positive coronavirus cases and 400 deaths from COVID-19 just the tip of the iceberg, citing the lack of a data collection system.

There is also growing evidence that the military council is purposely targeting the health care workers, she said, saying that more than 250 attacks on front-line workers and medical staff have been documented this year.

Louis Charbonneau, UN director for Human Rights Watch, criticized the Security Council for not having started negotiations on a resolution to address Myanmar’s crisis.

General Assembly resolutions are not legally binding, unlike Security Council resolutions. And the 119-1 vote in the General Assembly, with 36 abstentions, reflected divisions that would make it difficult to get agreement on a council resolution. Among the countries abstaining were China and Russia, which are among the five council members with power to veto action.

China Slams Quad Ahead Of 1st In-person Summit In US, Says Doomed To Fail’

US Cancels Plan Of Including India Or Japan To Security Alliance With Australia, UK

Arsenal Is In Need Of More Control – Unai Emery