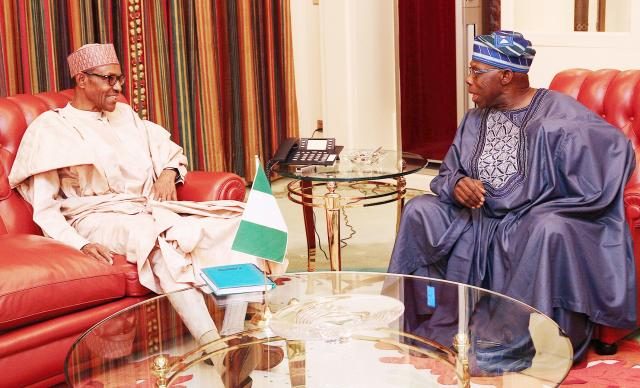 Muhammadu Buhari on Friday met behind closed doors with leadership of the Tijjaniyya Islamic movement at the Presidential Villa, Abuja.

Malam Kashim Yahaya said they briefed the president on the successful hosting of the 32nd Maulud of Sheikh Ibrahim Niasse in Kaduna.
He said they were on the visit in solidarity with the President in his efforts to make Nigeria great.

“We came to declare our solidarity and support for Mr President in his concern to put Nigeria in the right track, fighting against corruption and trying to revive and put Nigeria on the path of justice.

“We have come after the celebration of the 32nd Maulud of Sheikh Ibrahim Niasse in Kaduna.

“All the delegations that came from Senegal, Morocco, Mauritania and the world over, decided to come and pay this courtesy visit because of the concern shown to us by Mr President.’’

According to Yahaya, the movement which has more than 60 million members in Nigeria, plans to establish educational institutions, including a university in Abuja, which would be named after Niasse.

He said the movement also planned to establish vocational centres for the group’s trainees, popularly called the Almajiris.

Scholes And Gerrard Made Me Love Midfield – Rooney