The Presidency has said that state governments will not be required to fund the Federal Government’s School Feeding programme.

The clarification comes after Ekiti State Governor, Ayo Fayose accused the FG of fraud for supposedly requiring states to contribute 40 per cent of the funds needed for the programme.

The Presidency’s comments were contained in a statement released by the Senior Special Assistant to Vice President Yemi Osinbajo on Media and Publicity, Laolu Akande, on Tuesday, June 14, 2016.

We want the states to embrace this programme, it is good for the people, it’s a win-win for everyone. School feeding programme is not a counterpart funding arrangement model, no. What we have is a plan where the Federal Government provides 100 per cent feeding costs for pupils in primary one to three in all public primary schools in the country.

The Presidency has made adequate arrangements for the HGSF to happen and by the grace of God, we are going forward to do exactly that. But what is interesting is the fact that some states have actually gone ahead to start the school feeding programme on their own, while some others are also making such a plan. 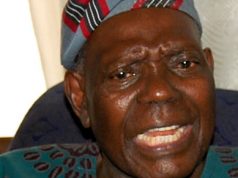 Donald Trump Must Not Let The People Of Puerto Rico Die...