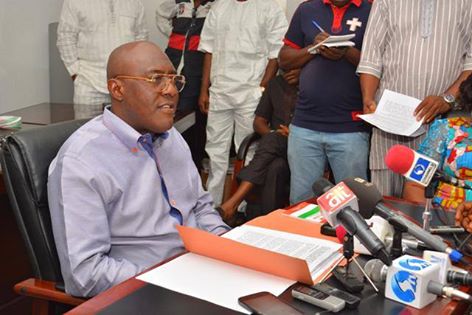 The national leadership of Peoples Democratic Party on Wednesday said it has overcome the trauma of its loss to the All Progressives Congress in the 2015 presidential election.

National Publicity Secretary of PDP, Olisa Metuh, who stated this in a statement in Abuja on Wednesday, also commended the party’s national leader, President Goodluck Jonathan, for the mature and timely intervention in ending the bickering among leaders of the party as a result of the outcome of the general elections.

He said the National Working Committee would absolutely abide by Jonathan’s counsel, adding that the party had instructed all the executive members of the party at all levels to comply accordingly.

He stated, “The leadership of the PDP regrets any embarrassment the avoidable skirmishes might have caused the members of our great party, especially our founding fathers and teeming supporters across the country.

“We are aware that this unfortunate development is a consequence of post-election trauma arising from our first ever defeat. We however note with relief that we have now overcome this challenge”.

According to Metuh, the NWC has swung into action the process of reengineering the PDP with the inauguration of the Post-Election Review Committee.

He stated, “We therefore urge all our members to ensure that they henceforth guard their utterances and actions no matter the provocation and distortions in some section of the media while channeling their energies and ideas toward the rebuilding process.

“In this regard, all members who have reports, grievances and suggestions on the way forward should transmit same to the Post-Election Review Committee for an all-inclusive road map in the overall effort to regain power in 2019.

“Our members should be wary of the activities of some mischievous persons within and outside the PDP family, who are bent on frustrating this peace effort. Such individuals and groups have found the social media a veritable tool for their mischief through distortion of facts, false allegations and fabrications against our party”.

The party, therefore, urged all members to join forces to ensure that the core values and the vision of the founding fathers were sustained.

It also directed all organs of the party to focus only on party administration in a manner that rekindled zeal and commitment among members and supporters at all levels.

Bimbo Akintola Called Out For Not Attending Moji Olaiya’s Burial