To mark 2020 World Hypertension Day, the World Health Organization (WHO) has today revealed that more than 1 billion people globally live with hypertension (hbp).

According to WHO high blood pressure is a major cause of cardiovascular disease and premature death globally.WHO noted that the burden is mostly felt in low to middle income countries where half of those who have the disease are unaware that they have the disease this putting them at the risk of medical complications and eventual death which is avoidable.

In lieu of this, the World Health Organization, have released safety medical tips to prevent high blood pressure. Subject to the update released by WHO today, people have been advised to reduce their daily intake of salt to 5g daily while fruits and vegetables should be taken regularly.

WHO also stated that saturated fats and trans fats should be avoided. In addition people who smoke should avoid smoking as it affects the heart. The intake of alcohol should also be reduced and people should be physically active to strengthen the bones and muscles.

9 out of 10 people who have hypertension don’t have it under control. Like COVID-19, high blood pressure affects predominantly the poorest globally. In a post WHO said that people with hypertension are very prone to COVID-19 and also described COVID-19 as a silent killer which could be controlled. 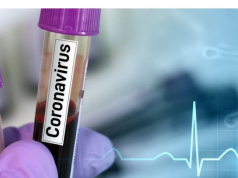 Real Madrid Suffered In The Second Half – Sergio Ramos