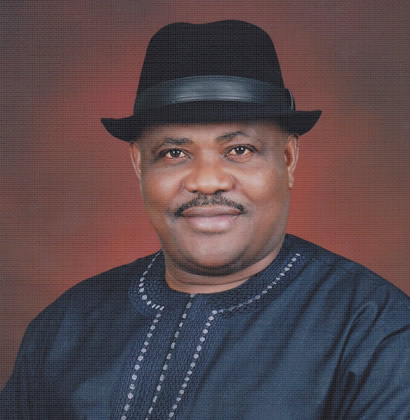 Supervising Minister of Education, Chief Nyesom Wike has denied rumors making the rounds that he has resigned his appointment, attributing the report to the handiwork of “mischief makers”.

In a statement issued by his Special Assistant, Media, Mr Simeon Nwakaudu, Wike declared emphatically that he is still in office and listed a series of events that he is scheduled to attend in his capacity as education minister.

“The report being circulated online to the effect that he has resigned is false in its entirety.

“It is planted report by mischief makers”, the statement said.

It said the minister had on Saturday represented President Goodluck Jonathan at the 43rd Convocation of the University of Nigeria, Nsukka, Enugu State.

It also noted that Wike was in his office at the Federal Ministry of Education to attend to official functions in the ministry.

The statement also noted that the minister “will be performing the ground breaking ceremony for the Special Vocational School in Delta State”.

It added that next week, the minister will hold a town hall meeting for federal universities, polytechnics and colleges of education in the North East at the Abubakar Tafawa Balewa University, Bauchi.

Some online reports at the weekend stated that Wike had tendered his resignation letter to President Jonathan to enable him focus on his ambition of becoming the next Rivers State governor.